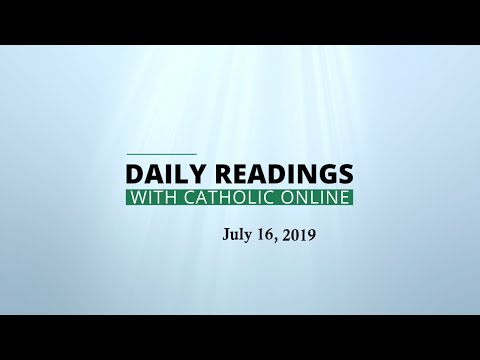 1 There was a man descended from Levi who had taken a woman of Levi as his wife.

2 She conceived and gave birth to a son and, seeing what a fine child he was, she kept him hidden for three months.

3 When she could hide him no longer, she got a papyrus basket for him; coating it with bitumen and pitch, she put the child inside and laid it among the reeds at the River's edge.

4 His sister took up position some distance away to see what would happen to him.

5 Now Pharaoh's daughter went down to bathe in the river, while her maids walked along the riverside. Among the reeds she noticed the basket, and she sent her maid to fetch it.

6 She opened it and saw the child: the baby was crying. Feeling sorry for it, she said, 'This is one of the little Hebrews.'

7 The child's sister then said to Pharaoh's daughter, 'Shall I go and find you a nurse among the Hebrew women to nurse the child for you?'

8 'Yes,' said Pharaoh's daughter, and the girl went and called the child's own mother.

10 When the child grew up, she brought him to Pharaoh's daughter who treated him like a son; she named him Moses 'because', she said, 'I drew him out of the water.'

11 It happened one day, when Moses was grown up, that he went to see his kinsmen. While he was watching their forced labour he also saw an Egyptian striking a Hebrew, one of his kinsmen.

12 Looking this way and that and seeing no one in sight, he killed the Egyptian and hid him in the sand.

13 On the following day he came back, and there were two Hebrews, fighting. He said to the man who was in the wrong, 'What do you mean by hitting your kinsman?'

14 'And who appointed you', the man retorted, 'to be prince over us and judge? Do you intend to kill me as you killed the Egyptian?' Moses was frightened. 'Clearly that business has come to light,' he thought.

15 When Pharaoh heard of the matter, he tried to put Moses to death, but Moses fled from Pharaoh. He went into Midianite territory and sat down beside a well.

3 I am exhausted with calling out, my throat is hoarse, my eyes are worn out with searching for my God.

14 Rescue me from the mire before I sink in; so I shall be saved from those who hate me, from the watery depths.

30 I will praise God's name in song, I will extol him by thanksgiving,

31 for this will please Yahweh more than an ox, than a bullock horned and hoofed.

33 For God listens to the poor, he has never scorned his captive people.

34 Let heaven and earth and seas, and all that stirs in them, acclaim him!

20 Then he began to reproach the towns in which most of his miracles had been worked, because they refused to repent.

21 'Alas for you, Chorazin! Alas for you, Bethsaida! For if the miracles done in you had been done in Tyre and Sidon, they would have repented long ago in sackcloth and ashes.

22 Still, I tell you that it will be more bearable for Tyre and Sidon on Judgement Day than for you.

23 And as for you, Capernaum, did you want to be raised as high as heaven? You shall be flung down to hell. For if the miracles done in you had been done in Sodom, it would have been standing yet.

24 Still, I tell you that it will be more bearable for Sodom on Judgement Day than for you.'