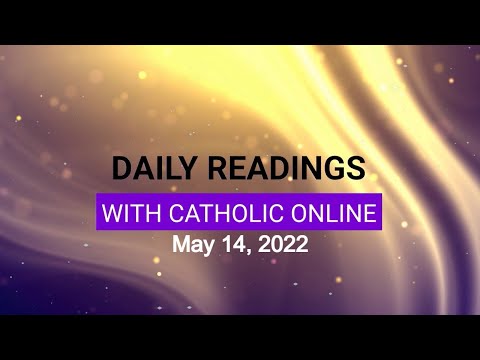 15 One day Peter stood up to speak to the brothers -- there were about a hundred and twenty people in the congregation,

16 'Brothers,' he said, 'the passage of scripture had to be fulfilled in which the Holy Spirit, speaking through David, foretells the fate of Judas, who acted as guide to the men who arrested Jesus-

17 after being one of our number and sharing our ministry.

20 Now in the Book of Psalms it says: Reduce his encampment to ruin and leave his tent unoccupied. And again: Let someone else take over his office.

21 'Out of the men who have been with us the whole time that the Lord Jesus was living with us,

22 from the time when John was baptising until the day when he was taken up from us, one must be appointed to serve with us as a witness to his resurrection.'

23 Having nominated two candidates, Joseph known as Barsabbas, whose surname was Justus, and Matthias,

24 they prayed, 'Lord, you can read everyone's heart; show us therefore which of these two you have chosen

25 to take over this ministry and apostolate, which Judas abandoned to go to his proper place.'

26 They then drew lots for them, and as the lot fell to Matthias, he was listed as one of the twelve apostles.

1 Alleluia! Praise, servants of Yahweh, praise the name of Yahweh.

2 Blessed be the name of Yahweh, henceforth and for ever.

3 From the rising of the sun to its setting, praised be the name of Yahweh!

4 Supreme over all nations is Yahweh, supreme over the heavens his glory.

5 Who is like Yahweh our God? His throne is set on high,

6 but he stoops to look down on heaven and earth.

7 He raises the poor from the dust, he lifts the needy from the dunghill,

9 I have loved you just as the Father has loved me. Remain in my love.

11 I have told you this so that my own joy may be in you and your joy be complete.

12 This is my commandment: love one another, as I have loved you.

13 No one can have greater love than to lay down his life for his friends.

14 You are my friends, if you do what I command you.

15 I shall no longer call you servants, because a servant does not know the master's business; I call you friends, because I have made known to you everything I have learnt from my Father.

16 You did not choose me, no, I chose you; and I commissioned you to go out and to bear fruit, fruit that will last; so that the Father will give you anything you ask him in my name.

17 My command to you is to love one another.