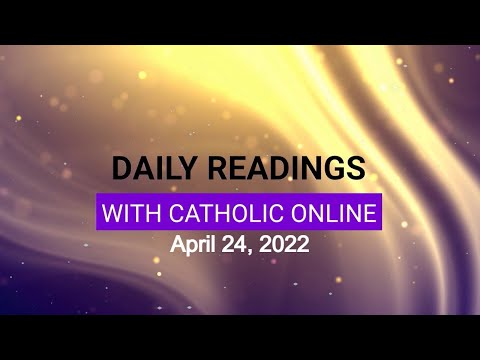 12 The apostles worked many signs and miracles among the people. One in heart, they all used to meet in the Portico of Solomon.

13 No one else dared to join them, but the people were loud in their praise

14 and the numbers of men and women who came to believe in the Lord increased steadily. Many signs and wonders were worked among the people at the hands of the apostles

15 so that the sick were even taken out into the streets and laid on beds and sleeping-mats in the hope that at least the shadow of Peter might fall across some of them as he went past.

16 People even came crowding in from the towns round about Jerusalem, bringing with them their sick and those tormented by unclean spirits, and all of them were cured.

3 Let the House of Aaron say, 'His faithful love endures for ever.'

13 I was pushed hard, to make me fall, but Yahweh came to my help.

14 Yahweh is my strength and my song, he has been my Saviour.

15 Shouts of joy and salvation, in the tents of the upright, 'Yahweh's right hand is triumphant,

19 In the evening of that same day, the first day of the week, the doors were closed in the room where the disciples were, for fear of the Jews. Jesus came and stood among them. He said to them, 'Peace be with you,'

20 and, after saying this, he showed them his hands and his side. The disciples were filled with joy at seeing the Lord,

22 After saying this he breathed on them and said: Receive the Holy Spirit.

24 Thomas, called the Twin, who was one of the Twelve, was not with them when Jesus came.

25 So the other disciples said to him, 'We have seen the Lord,' but he answered, 'Unless I can see the holes that the nails made in his hands and can put my finger into the holes they made, and unless I can put my hand into his side, I refuse to believe.'

26 Eight days later the disciples were in the house again and Thomas was with them. The doors were closed, but Jesus came in and stood among them. 'Peace be with you,' he said.

27 Then he spoke to Thomas, 'Put your finger here; look, here are my hands. Give me your hand; put it into my side. Do not be unbelieving any more but believe.'

29 Jesus said to him: You believe because you can see me. Blessed are those who have not seen and yet believe.

30 There were many other signs that Jesus worked in the sight of the disciples, but they are not recorded in this book.

31 These are recorded so that you may believe that Jesus is the Christ, the Son of God, and that believing this you may have life through his name.

9 I, John, your brother and partner in hardships, in the kingdom and in perseverance in Jesus, was on the island of Patmos on account of the Word of God and of witness to Jesus;

10 it was the Lord's Day and I was in ecstasy, and I heard a loud voice behind me, like the sound of a trumpet, saying,

11 'Write down in a book all that you see, and send it to the seven churches of Ephesus, Smyrna, Pergamum, Thyatira, Sardis, Philadelphia and Laodicea.'

12 I turned round to see who was speaking to me, and when I turned I saw seven golden lamp-stands

13 and, in the middle of them, one like a Son of man, dressed in a long robe tied at the waist with a belt of gold.

17 When I saw him, I fell at his feet as though dead, but he laid his right hand on me and said, 'Do not be afraid; it is I, the First and the Last; I am the Living One,

18 I was dead and look -- I am alive for ever and ever, and I hold the keys of death and of Hades.

19 Now write down all that you see of present happenings and what is still to come.