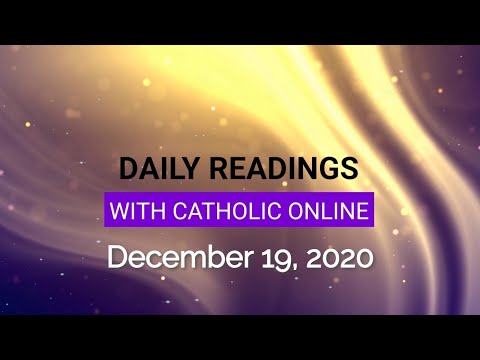 2 There was a man of Zorah of the tribe of Dan, called Manoah. His wife was barren; she had borne no children.

3 The Angel of Yahweh appeared to this woman and said to her, 'You are barren and have had no child, but you are going to conceive and give birth to a son.

4 From now on, take great care. Drink no wine or fermented liquor, and eat nothing unclean.

5 For you are going to conceive and give birth to a son. No razor is to touch his head, for the boy is to be God's nazirite from his mother's womb; and he will start rescuing Israel from the power of the Philistines.'

6 The woman then went and told her husband, 'A man of God has just come to me, who looked like the Angel of God, so majestic was he. I did not ask him where he came from, and he did not tell me his name.

7 But he said to me, "You are going to conceive and will give birth to a son. From now on, drink no wine or fermented liquor, and eat nothing unclean. For the boy is to be God's nazirite from his mother's womb to his dying day." '

24 The woman gave birth to a son and called him Samson. The child grew, and Yahweh blessed him;

25 and the spirit of Yahweh began to stir him in the Camp of Dan, between Zorah and Eshtaol.

3 Be a sheltering rock for me, always accessible; you have determined to save me, for you are my rock, my fortress.

4 My God, rescue me from the clutches of the wicked, from the grasp of the rogue and the ruthless.

5 For you are my hope, Lord, my trust, Yahweh, since boyhood.

6 On you I have relied since my birth, since my mother's womb you have been my portion, the constant theme of my praise.

16 I will come in the power of Yahweh to tell of your justice, yours alone.

17 God, you have taught me from boyhood, and I am still proclaiming your marvels.

5 In the days of King Herod of Judaea there lived a priest called Zechariah who belonged to the Abijah section of the priesthood, and he had a wife, Elizabeth by name, who was a descendant of Aaron.

6 Both were upright in the sight of God and impeccably carried out all the commandments and observances of the Lord.

7 But they were childless: Elizabeth was barren and they were both advanced in years.

8 Now it happened that it was the turn of his section to serve, and he was exercising his priestly office before God

9 when it fell to him by lot, as the priestly custom was, to enter the Lord's sanctuary and burn incense there.

10 And at the hour of incense all the people were outside, praying.

11 Then there appeared to him the angel of the Lord, standing on the right of the altar of incense.

12 The sight disturbed Zechariah and he was overcome with fear.

13 But the angel said to him, 'Zechariah, do not be afraid, for your prayer has been heard. Your wife Elizabeth is to bear you a son and you shall name him John.

14 He will be your joy and delight and many will rejoice at his birth,

15 for he will be great in the sight of the Lord; he must drink no wine, no strong drink; even from his mother's womb he will be filled with the Holy Spirit,

16 and he will bring back many of the Israelites to the Lord their God.

17 With the spirit and power of Elijah, he will go before him to reconcile fathers to their children and the disobedient to the good sense of the upright, preparing for the Lord a people fit for him.'

18 Zechariah said to the angel, 'How can I know this? I am an old man and my wife is getting on in years.'

19 The angel replied, 'I am Gabriel, who stand in God's presence, and I have been sent to speak to you and bring you this good news.

20 Look! Since you did not believe my words, which will come true at their appointed time, you will be silenced and have no power of speech until this has happened.'

21 Meanwhile the people were waiting for Zechariah and were surprised that he stayed in the sanctuary so long.

22 When he came out he could not speak to them, and they realised that he had seen a vision in the sanctuary. But he could only make signs to them and remained dumb.

23 When his time of service came to an end he returned home.

24 Some time later his wife Elizabeth conceived and for five months she kept to herself, saying,

25 'The Lord has done this for me, now that it has pleased him to take away the humiliation I suffered in public.'