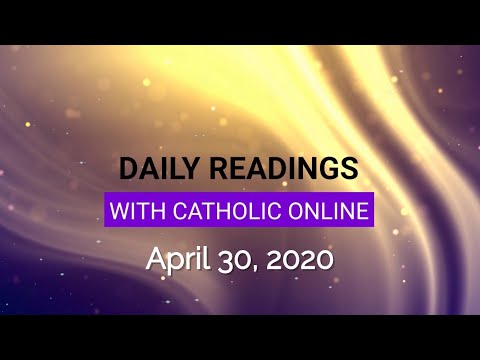 26 The angel of the Lord spoke to Philip saying, 'Set out at noon and go along the road that leads from Jerusalem down to Gaza, the desert road.'

27 So he set off on his journey. Now an Ethiopian had been on pilgrimage to Jerusalem; he was a eunuch and an officer at the court of the kandake, or queen, of Ethiopia; he was her chief treasurer.

28 He was now on his way home; and as he sat in his chariot he was reading the prophet Isaiah.

29 The Spirit said to Philip, 'Go up and join that chariot.'

30 When Philip ran up, he heard him reading Isaiah the prophet and asked, 'Do you understand what you are reading?'

31 He replied, 'How could I, unless I have someone to guide me?' So he urged Philip to get in and sit by his side.

32 Now the passage of scripture he was reading was this: Like a lamb led to the slaughter-house, like a sheep dumb in front of its shearers, he never opens his mouth.

33 In his humiliation fair judgement was denied him. Who will ever talk about his descendants, since his life on earth has been cut short?

34 The eunuch addressed Philip and said, 'Tell me, is the prophet referring to himself or someone else?'

35 Starting, therefore, with this text of scripture Philip proceeded to explain the good news of Jesus to him.

36 Further along the road they came to some water, and the eunuch said, 'Look,is some water; is there anything to prevent my being baptised?'

38 He ordered the chariot to stop, then Philip and the eunuch both went down into the water and he baptised him.

39 But after they had come up out of the water again Philip was taken away by the Spirit of the Lord, and the eunuch never saw him again but went on his way rejoicing.

40 Philip appeared in Azotus and continued his journey, proclaiming the good news in every town as far as Caesarea.

8 Nations, bless our God, let the sound of his praise be heard;

9 he brings us to life and keeps our feet from stumbling.

16 Come and listen, all who fear God, while I tell what he has done for me.

17 To him I cried aloud, high praise was on my tongue.

20 Blessed be God who has not turned away my prayer, nor his own faithful love from me.

44 'No one can come to me unless drawn by the Father who sent me, and I will raise that person up on the last day.

45 It is written in the prophets: They will all be taught by God; everyone who has listened to the Father, and learnt from him, comes to me.

47 In all truth I tell you, everyone who believes has eternal life.

49 Your fathers ate manna in the desert and they are dead;

50 but this is the bread which comes down from heaven, so that a person may eat it and not die.

51 I am the living bread which has come down from heaven. Anyone who eats this bread will live for ever; and the bread that I shall give is my flesh, for the life of the world.'