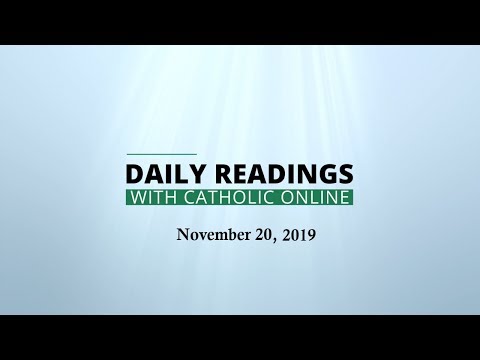 1 It also happened that seven brothers were arrested with their mother. The king tried to force them to taste some pork, which the Law forbids, by torturing them with whips and scourges.

20 But the mother was especially admirable and worthy of honourable remembrance, for she watched the death of seven sons in the course of a single day, and bravely endured it because of her hopes in the Lord.

21 Indeed she encouraged each of them in their ancestral tongue; filled with noble conviction, she reinforced her womanly argument with manly courage, saying to them,

22 'I do not know how you appeared in my womb; it was not I who endowed you with breath and life, I had not the shaping of your every part.

23 And hence, the Creator of the world, who made everyone and ordained the origin of all things, will in his mercy give you back breath and life, since for the sake of his laws you have no concern for yourselves.'

24 Antiochus thought he was being ridiculed, suspecting insult in the tone of her voice; and as the youngest was still alive he appealed to him not with mere words but with promises on oath to make him both rich and happy if he would abandon the traditions of his ancestors; he would make him his Friend and entrust him with public office.

25 The young man took no notice at all, and so the king then appealed to the mother, urging her to advise the youth to save his life.

26 After a great deal of urging on his part she agreed to try persuasion on her son.

27 Bending over him, she fooled the cruel tyrant with these words, uttered in their ancestral tongue, 'My son, have pity on me; I carried you nine months in my womb and suckled you three years, fed you and reared you to the age you are now, and provided for you.

28 I implore you, my child, look at the earth and sky and everything in them, and consider how God made them out of what did not exist, and that human beings come into being in the same way.

29 Do not fear this executioner, but prove yourself worthy of your brothers and accept death, so that I may receive you back with them in the day of mercy.'

30 She had hardly finished, when the young man said, 'What are you all waiting for? I will not comply with the king's ordinance; I obey the ordinance of the Law given to our ancestors through Moses.

31 As for you, who have contrived every kind of evil against the Hebrews, you will certainly not escape the hands of God.

1 [Prayer Of David] Listen, Yahweh, to an upright cause, pay attention to my cry, lend an ear to my prayer, my lips free from deceit.

5 my steps never stray from the paths you lay down, from your tracks; so my feet never stumble.

6 I call upon you, God, for you answer me; turn your ear to me, hear what I say.

8 Guard me as the pupil of an eye, shelter me in the shadow of your wings

15 But I in my uprightness will see your face, and when I awake I shall be filled with the vision of you.

11 While the people were listening to this he went on to tell a parable, because he was near Jerusalem and they thought that the kingdom of God was going to show itself then and there.

12 Accordingly he said, 'A man of noble birth went to a distant country to be appointed king and then return.

13 He summoned ten of his servants and gave them ten pounds, telling them, "Trade with these, until I get back."

14 But his compatriots detested him and sent a delegation to follow him with this message, "We do not want this man to be our king."

15 'Now it happened that on his return, having received his appointment as king, he sent for those servants to whom he had given the money, to find out what profit each had made by trading.

17 He replied, "Well done, my good servant! Since you have proved yourself trustworthy in a very small thing, you shall have the government of ten cities."

19 To this one also he said, "And you shall be in charge of five cities."

20 Next came the other, "Sir," he said, "here is your pound. I put it away safely wrapped up in a cloth

22 He said to him, "You wicked servant! Out of your own mouth I condemn you. So you knew that I was an exacting man, gathering in what I have not laid out and reaping what I have not sown?

23 Then why did you not put my money in the bank? On my return I could have drawn it out with interest."

24 And he said to those standing by, "Take the pound from him and give it to the man who has ten pounds."

26 "I tell you, to everyone who has will be given more; but anyone who has not will be deprived even of what he has.

27 "As for my enemies who did not want me for their king, bring them here and execute them in my presence." '

28 When he had said this he went on ahead, going up to Jerusalem.