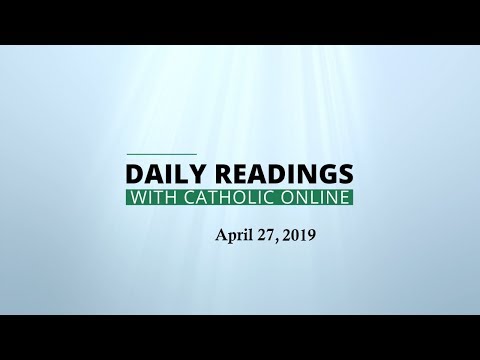 13 They were astonished at the fearlessness shown by Peter and John, considering that they were uneducated laymen; and they recognised them as associates of Jesus;

14 but when they saw the man who had been cured standing by their side, they could find no answer.

15 So they ordered them to stand outside while the Sanhedrin had a private discussion.

16 'What are we going to do with these men?' they asked. 'It is obvious to everybody in Jerusalem that a notable miracle has been worked through them, and we cannot deny it.

17 But to stop the whole thing spreading any further among the people, let us threaten them against ever speaking to anyone in this name again.'

18 So they called them in and gave them a warning on no account to make statements or to teach in the name of Jesus.

19 But Peter and John retorted, 'You must judge whether in God's eyes it is right to listen to you and not to God.

20 We cannot stop proclaiming what we have seen and heard.'

21 The court repeated the threats and then released them; they could not think of any way to punish them, since all the people were giving glory to God for what had happened.

14 Yahweh is my strength and my song, he has been my Saviour.

15 Shouts of joy and salvation, in the tents of the upright, 'Yahweh's right hand is triumphant,

18 Though Yahweh punished me sternly, he has not abandoned me to death.

19 Open for me the gates of saving justice, I shall go in and thank Yahweh.

20 This is the gate of Yahweh, where the upright go in.

21 I thank you for hearing me, and making yourself my Saviour.

9 Having risen in the morning on the first day of the week, he appeared first to Mary of Magdala from whom he had cast out seven devils.

10 She then went to those who had been his companions, and who were mourning and in tears, and told them.

11 But they did not believe her when they heard her say that he was alive and that she had seen him.

12 After this, he showed himself under another form to two of them as they were on their way into the country.

13 These went back and told the others, who did not believe them either.

14 Lastly, he showed himself to the Eleven themselves while they were at table. He reproached them for their incredulity and obstinacy, because they had refused to believe those who had seen him after he had risen.

15 And he said to them, 'Go out to the whole world; proclaim the gospel to all creation.