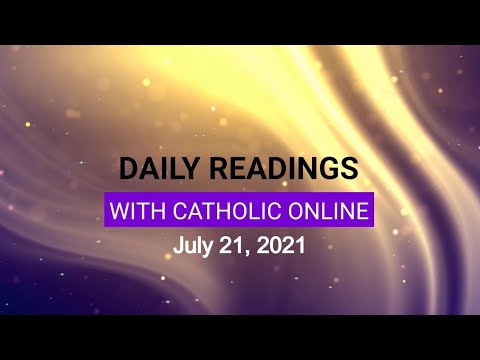 1 Setting out from Elim, the whole community of Israelites entered the desert of Sin, lying between Elim and Sinai -- on the fifteenth day of the second month after they had left Egypt.

3 and said to them, 'Why did we not die at Yahweh's hand in Egypt, where we used to sit round the flesh pots and could eat to our heart's content! As it is, you have led us into this desert to starve this entire assembly to death!'

4 Yahweh then said to Moses, 'Look, I shall rain down bread for you from the heavens. Each day the people must go out and collect their ration for the day; I propose to test them in this way to see whether they will follow my law or not.

5 On the sixth day, however, when they prepare what they have brought in, this must be twice as much as they collect on ordinary days.'

9 Moses then said to Aaron, 'Say to the whole community of Israelites, "Approach Yahweh's presence, for he has heard your complaints." '

10 As Aaron was speaking to the whole community of Israelites, they turned towards the desert, and there the glory of Yahweh appeared in the cloud.

11 Yahweh then spoke to Moses and said,

12 'I have heard the Israelites' complaints. Speak to them as follows, "At twilight you will eat meat, and in the morning you will have bread to your heart's content, and then you will know that I am Yahweh your God." '

13 That evening, quails flew in and covered the camp, and next morning there was a layer of dew all round the camp.

14 When the layer of dew lifted, there on the surface of the desert was something fine and granular, as fine as hoarfrost on the ground.

15 As soon as the Israelites saw this, they said to one another, 'What is that ?' not knowing what it was. 'That', Moses told them, 'is the food which Yahweh has given you to eat.

18 they deliberately challenged God by demanding food to their hearts' content.

19 They insulted God by saying, 'Can God make a banquet in the desert?

23 Even so he gave orders to the skies above, he opened the sluice-gates of heaven;

24 he rained down manna to feed them, he gave them the wheat of heaven;

25 mere mortals ate the bread of the Mighty, he sent them as much food as they could want.

26 He roused an east wind in the heavens, despatched a south wind by his strength;

27 he rained down meat on them like dust, birds thick as sand on the seashore,

28 tumbling into the middle of his camp, all around his dwelling-place.

1 That same day, Jesus left the house and sat by the lakeside,

2 but such large crowds gathered round him that he got into a boat and sat there. The people all stood on the shore,

3 and he told them many things in parables. He said, 'Listen, a sower went out to sow.

4 As he sowed, some seeds fell on the edge of the path, and the birds came and ate them up.

5 Others fell on patches of rock where they found little soil and sprang up at once, because there was no depth of earth;

6 but as soon as the sun came up they were scorched and, not having any roots, they withered away.

7 Others fell among thorns, and the thorns grew up and choked them.

8 Others fell on rich soil and produced their crop, some a hundredfold, some sixty, some thirty.

9 Anyone who has ears should listen!'