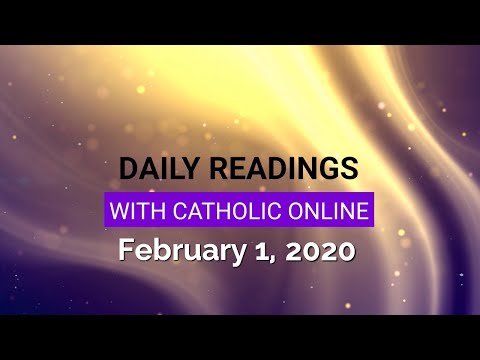 1 Yahweh sent the prophet Nathan to David. He came to him and said: In the same town were two men, one rich, the other poor.

2 The rich man had flocks and herds in great abundance;

3 the poor man had nothing but a ewe lamb, only a single little one which he had bought. He fostered it and it grew up with him and his children, eating his bread, drinking from his cup, sleeping in his arms; it was like a daughter to him.

4 When a traveller came to stay, the rich man would not take anything from his own flock or herd to provide for the wayfarer who had come to him. Instead, he stole the poor man's lamb and prepared that for his guest.

5 David flew into a great rage with the man. 'As Yahweh lives,' he said to Nathan 'the man who did this deserves to die.

6 For doing such a thing and for having shown no pity, he shall make fourfold restitution for the lamb.'

7 Nathan then said to David, 'You are the man! Yahweh, God of Israel, says this, "I anointed you king of Israel, I saved you from Saul's clutches,

10 For this, your household will never be free of the sword, since you showed contempt for me and took the wife of Uriah the Hittite, to make her your wife."

11 'Yahweh says this, "Out of your own household I shall raise misfortune for you. Before your very eyes I shall take your wives and give them to your neighbour, who will lie with your wives in broad daylight.

12 You have worked in secret, but I shall work this for all Israel to see, in broad daylight." '

13 David said to Nathan, 'I have sinned against Yahweh.' Nathan then said to David, 'Yahweh, for his part, forgives your sin; you are not to die.

14 But, since you have outraged Yahweh by doing this, the child born to you will die.'

15 And Nathan went home. Yahweh struck the child which Uriah's wife had borne to David and it fell gravely ill.

16 David pleaded with Yahweh for the child; he kept a strict fast and went home and spent the night lying on the ground, covered with sacking.

17 The officials of his household stood round him, intending to get him off the ground, but he refused, nor would he take food with them.

12 Give me back the joy of your salvation, sustain in me a generous spirit.

13 I shall teach the wicked your paths, and sinners will return to you.

14 Deliver me from bloodshed, God, God of my salvation, and my tongue will acclaim your saving justice.

15 Lord, open my lips, and my mouth will speak out your praise.

16 Sacrifice gives you no pleasure, burnt offering you do not desire.

17 Sacrifice to God is a broken spirit, a broken, contrite heart you never scorn.

35 With the coming of evening that same day, he said to them, 'Let us cross over to the other side.'

36 And leaving the crowd behind they took him, just as he was, in the boat; and there were other boats with him.

37 Then it began to blow a great gale and the waves were breaking into the boat so that it was almost swamped.

38 But he was in the stern, his head on the cushion, asleep.

39 They woke him and said to him, 'Master, do you not care? We are lost!' And he woke up and rebuked the wind and said to the sea, 'Quiet now! Be calm!' And the wind dropped, and there followed a great calm.

40 Then he said to them, 'Why are you so frightened? Have you still no faith?'

41 They were overcome with awe and said to one another, 'Who can this be? Even the wind and the sea obey him.'