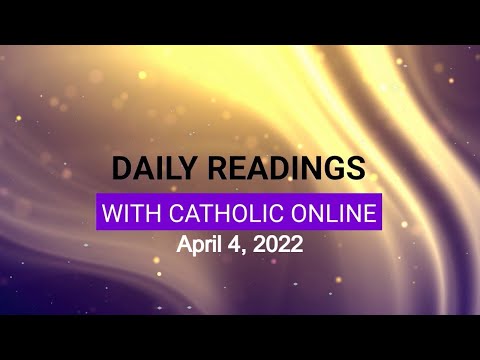 41 She refused to tell us. That is our evidence.' Since they were elders of the people and judges, the assembly accepted their word: Susanna was condemned to death.

42 She cried out as loud as she could, 'Eternal God, you know all secrets and everything before it happens;

43 you know that they have given false evidence against me. And now I must die, innocent as I am of everything their malice has invented against me!'

44 The Lord heard her cry

45 and, as she was being led away to die, he roused the holy spirit residing in a young boy called Daniel

46 who began to shout, 'I am innocent of this woman's death!'

47 At this all the people turned to him and asked, 'What do you mean by that?'

48 Standing in the middle of the crowd, he replied, 'Are you so stupid, children of Israel, as to condemn a daughter of Israel unheard, and without troubling to find out the truth?

49 Go back to the scene of the trial: these men have given false evidence against her.'

50 All the people hurried back, and the elders said to Daniel, 'Come and sit with us and tell us what you mean, since God has given you the gifts that elders have.'

51 Daniel said, 'Keep the men well apart from each other, for I want to question them.'

52 When the men had been separated, Daniel had one of them brought to him. 'You have grown old in wickedness,' he said, 'and now the sins of your earlier days have overtaken you,

53 you with your unjust judgements, your condemnation of the innocent, your acquittal of the guilty, although the Lord has said, "You must not put the innocent and upright to death."

54 Now then, since you saw her so clearly, tell me what sort of tree you saw them lying under.' He replied, 'Under an acacia tree.'

55 Daniel said, 'Indeed! Your lie recoils on your own head: the angel of God has already received from him your sentence and will cut you in half.'

56 He dismissed the man, ordered the other to be brought and said to him, 'Son of Canaan, not of Judah, beauty has seduced you, lust has led your heart astray!

57 This is how you have been behaving with the daughters of Israel, and they have been too frightened to resist; but here is a daughter of Judah who could not stomach your wickedness!

58 Now then, tell me what sort of tree you surprised them under.' He replied, 'Under an aspen tree.'

59 Daniel said, 'Indeed! Your lie recoils on your own head: the angel of God is waiting with a sword to rend you in half, and destroy the pair of you.'

60 Then the whole assembly shouted, blessing God, the Saviour of those who trust in him.

61 And they turned on the two elders whom Daniel had convicted of false evidence out of their own mouths.

62 As the Law of Moses prescribes, they were given the same punishment as they had schemed to inflict on their neighbour. They were put to death. And thus, that day, an innocent life was saved.

12 When Jesus spoke to the people again, he said: I am the light of the world; anyone who follows me will not be walking in the dark, but will have the light of life.

13 At this the Pharisees said to him, 'You are testifying on your own behalf; your testimony is not true.'

15 You judge by human standards; I judge no one,

16 but if I judge, my judgement will be true, because I am not alone: the one who sent me is with me;

17 and in your Law it is written that the testimony of two witnesses is true.

18 I testify on my own behalf, but the Father who sent me testifies on my behalf, too.

19 They asked him, 'Where is your Father then?' Jesus answered: You do not know me, nor do you know my Father; if you did know me, you would know my Father as well.

20 He spoke these words in the Treasury, while teaching in the Temple. No one arrested him, because his hour had not yet come.