Father of modern algebra, b. at Fontenay-le-Comte (Poitou), 1540; d. in Paris, Feb., 1603. The son of a solicitor, he made his early studies under the Franciscans of his native place. He studied law in the University of Poitiers, returned to Fontenay at nineteen, and soon took rank with the leading barristers at the province, numbering Mary Stuart among his clients. Indifferent in religion, and with his legal practice ruined by the religious wars, he accepted the position of tutor to Catherine, the eleven-year-old daughter of Jean de Parthenay, Sieur de Soubise, a militant Huguenot. Three years later, at the marriage of his pupil, he left the Chêteau du Parc and went to La Rochelle. Here he gained as clients and friends the Huguenots, Coligny, Condé, the Queen of Navarre, Henry of Navarre, and Françoise de Rohan, who, like his former pupil, Catherine, Viscountess de Rohan by second marriage, remained his benefactress for life. Of his wife little beyond the name is known. The title of Sieur de La Bigottière he probably assumed. He became a barrister in Paris and later a councillor of the Parlement in Rennes. For some years he was in disfavour with Henry III, despite the efforts in 1585 of his friend Henry of Navarre. To the latter, as king, Vieta, while councilor of the Parlement in Tours, rendered signal service by discovering the key to the Spanish cipher. During his last years, spent mainly in Paris, he was maître des requêtes (master of requests) and royal privy councillor. He was a Catholic at his death. His kindly treatment of Adrianus Romanus, a rival scholar, indicates a generous nature.

To Vieta as a mathematician Huygens, Halley, Chasles, and Fourier have given high rank. He made the use of letters as symbols of quantity a general custom. He was highly skilful in the treatment of equations, knew the relations between the positive roots and the coefficients, and devised solutions for the equations of the second, third, and fourth degrees by methods different from the existing ones. He enumerated the principle of homogeneity. He extended the tables of Rheticus, gave formulae for the sine and cosine of a multiple angle, and attempted to find the value of pi by means of infinite series. To a considerable extent he applied algebra to geometry and trigonometry and geometry and trigonometry to algebra. His collected works were published by Van Schooten, "Opera Mathematica", Leyden, 1646. 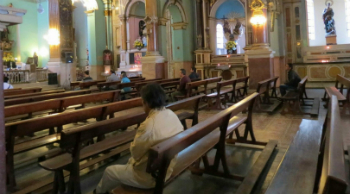