A Christian apologist of the fourth century. The name Firmianus has misled some authors into believing that he was an Italian from Ferno, whereas he was an African by birth and a pupil of Arnobius who taught at Sicca Veneria. An inscription found at Cirta in Numidia, which mentions a certain L. Caecilius Firminianus, has led to the conclusion in some quarters that his family belonged to that place (Harnack, "Chronologie d. altchr. Lit.", II,416. Lactantius was born a pagan and in his early life taught rhetoric in his native place. At the request of Emperor Diocletian he became an official professor of rhetoric in Nicomedia. One of his poems (Hodoeporicum) is an account of his journey from Africa to his new home. It is probable that his conversion to Christianity did not take place until after his removal to Nicomedia. It seems clear, however, that he could not retain his position as public teacher after the publication of Diocletian's first Edict against the Christians (24 February, 303). After his dismissal it was easy to find pupils in that Greek city who would patronize a teacher of Latin, and he was in consequence reduced to such poverty that he at times lacked the necessities of life (St. Jerome, "Chron.", ad. ann. abr. 2333). In those circumstances, he attempted to eke out a living by writing. The persecution impelled him to leave Nicomedia and from the outbreak of hostilities until perhaps 311 or 313 he had to find a home elsewhere. The friendship of the Emperor Constantine raised him from penury and though very old ( extrema senectute ) he was appointed tutor in Latin to the emperor's son Crispus. This new appointment compelled him top follow his charge to Trier where he spent the remainder of his life. It seems very probable that his transfer to Trier did not take place until 317, when Crispus was made Caesar and sent to the city.. Crispus was put to death in 326, but when Lactantius died and in what circumstances is not know. Like so many of the early Christian authors, Lacantius in all his works betrays his dependence on classical models and true to the requirements of his profession, he is polished rather than profound. He well merits the designation of the "Christian Cicero" bestowed on him by the humanists, for he exhibits many of the shortcomings as well as the graces of his master. Among the works of his pen extant, the earliest is the "De Opificio Dei", written in 303 or 304 during the Diocletian persecution, and dedicated to a former pupil, a rich Christian named Demetrianius. The apologetic principles underlying all the works of Lactantius are well set forth in this treatise, which may be considered as an introduction to his great work "The Divine Institutions" (Divinarum Institutionum Libri VII), written between 303 and 311. This the most important of all the writings of Lactantius is systematic as well as apologetic and was intended to point out the futility of pagan beliefs and to establish the reasonableness and truth of Christianity. It was the first attempt at a systematic exposition of Christian theology in Latin, and though aimed at certain pamphleteers who were aiding the persecutors by literary assaults on the Church, the work was planned on a scale sufficiently broad enough to silence all opponents. The strengths and the weakness of Lactantius are nowhere better shown than in his work. The beauty of the style, the choice and aptness of the terminology, cannot hide the author's lack of grasp on Christian principles and his almost utter ignorance of Scripture. The " dualistic and panegyrical" passages, which have been such a puzzle to students of Lactantius, are manifestly not from his pen, but from that of someone who lived close to his time, probably a rhetorician of Trier. The "Epitome Divinarium Institutionum", made by Lactantius himself at the request of a friend named Pentadius, is much more than a mere abbreviation, rather a more summary treatment of the subject dealt with in the older work. Another treatise, "De Ira Dei", directed against the Stoics and Epicureans, is supplementary to the "Divine Institutions" (II,xvii,5) and deals with anthropomorphism in its true sense. Knowing the bent of Lactantius's mind it is not surprising that the only historical work we have from his pen, "De Mortibus Persecutorum", should have an apologetic character. In this work, we have an account of the frightful deaths of the principal persecutors of the Christians, Nero, Domitian, Decius, Valerian, Aurelian, and the contemporaries of Lactantius himself, Diocletian, Maximian, Galerius, and Maximus. This work, not withstanding the manifest bias of the author, is of prime importance as a source of the last and greatest of the persecutions, though, somewhat strangely, the style is not so perfect might be expected. The full text is found in only one manuscript, which bears the title, "Lucii Caecilii liber ad Donatum Confessorem de Mortibus Persecutorium". Many attempts have been made to show that the work was not written by Lactantius; however the coincidences of name, both of author and recipient the similarities in style and train of thought between this and other works of Lactantius, atr too striking to admit of such a possibility. The chronological difficulties which Brandt thought he discovered are shown by Harnack to have no weight (Chronologie, II, 423). Of the poems attributed to Lactantius only one, besides the "Hodoeporicum", is genuine, viz., the "De Ave Phoelous", an account, in eighty-five distichs, of the fabulous eastern bird which is reborn from its own ashes every thousand years, The poem "De Resurrectione" was written by Venantius Fortunatus , and the "Passione Domini"is a medieval humanist. St. Jerome (De Vir.Ill., c. lxxx) mentions two other works, "Symposium" and "Grammaticus", which have not been preserved. 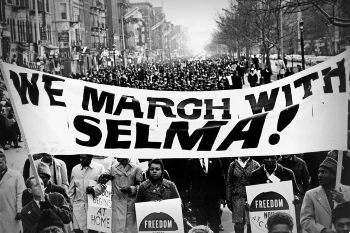