MSNBC fell below HLN in May; Rachel Maddow losing speed

The race in cable news network supremacy is on. Fox News Channel is maintaining a strong lead in primetime while runner-up CNN continues to ascend. HLN's continuing coverage of the Jodi Arias trial has also turned out to have substantial ratings legs. In light of this new activity, however, MSNBC has been left in the dust at a very precarious fourth place. 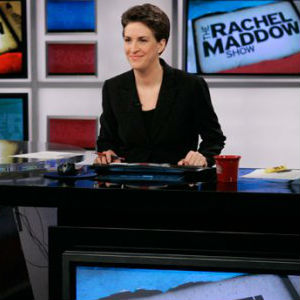 The soft start for "All In With Chris Hayes" has not helped. Down 32 percent in total viewers from "The Ed Show" last May, has offered a soft lead-in for MSNBC's primetime flagship, "The Rachel Maddow Show," at 9 p.m.

LOS ANGELES, CA (Catholic Online) - HLN, surging around the time of the May 8 verdict, the network topped MSNBC in total day and primetime.

Averaging only 539,000 viewers in primetime and 175,000 viewers in the adults 25-54 demographic, MSNBC suffered double-digit drops from last May, down a respective 20 and 19 percent.

The soft start for "All In With Chris Hayes" has not helped. Down 32 percent in total viewers from "The Ed Show" last May, has offered a soft lead-in for MSNBC's primetime flagship, "The Rachel Maddow Show," at 9 p.m.

"Rachel Maddow" delivered its lowest-rated month since it debuted in September 2008 of 717,000 total viewers and it's second lowest with adults 25-54, at 210,000. Maddow was topped by typical time slot victor Sean Hannity and CNN's Piers Morgan.

CNN is further ahead than it was last May when it hit 20-year lows. The network's year-to-year growth brought in a third-place 465,000 total viewers for total day and a second-place 660,000 total viewers in primetime, growth of 61 and 70 percent.

The winner of the biggest percentage gains, however belong to HLN. The network posted its best May ever, coming in second in total day and third in primetime. Afternoon interest in Arias had the network up 111 percent to an average 494,000 viewers and up 90 percent to 175,000 in the demo during total day. Primetime saw total viewership climb 91 percent to 624,000 viewers and 97 percent to 209,000 adults 25-54.

Year-to-year comparisons will get trickier as the summer wears on, as 2012 saw viewership jump as the presidential election approached. And their time at the top may not be a permanent thing: HLN is also poised for a significant fall when the eventual Arias sentencing puts an end to what has been a very good story for the network.

We bet this look at the Mass from SNL will give you a laugh this Christmas! Watch 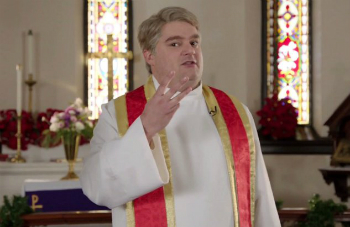 Back in 2014, SNL performed a sketch poking some lighthearted fun at Christmas Mass. While many may already be familiar with the bit, we ... continue reading

Here's how Catholic Online is going to change your life, starting NOW! Watch

What has Catholic Online been doing lately? We've been busy building some special, in-demand projects for our viewers. God has blessed our ... continue reading

Jewish producer Seth Rogen has staged a pornographic scene that features Jesus having sex with a woman. The scene took place on his ... continue reading

Hollywood is dying, here's what's coming next, and how you can take advantage of it Watch

The world is ready for a revolution in television and entertainment. The latest numbers from Hollywood reveal that the film and show ... continue reading

The ONE thing you didn't know about America's Got Talent's deaf singer will make you LOVE her more! Watch