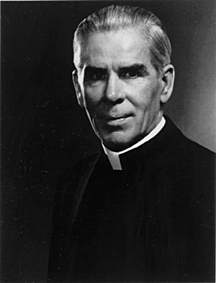 In the face of spreading agnosticism and relativism, the term 'reparation' is most unusual. Moreover, not only is the term unusual but also is its theology.

We witness today the loss of the meaning of penance, prayer, fasting, confession, and reparation. The modernists call it change when its real name is decay.

In a culture where sin is no longer considered sin, why should anyone make reparation?

How many today remove the body of Christ from the Crucifix and look only at the empty cross. If we Christians have a Crucifix before us, instead of an empty cross, we cannot forget about sin and reparation. "Paccatum meum contra me est semper." [1]

To understand 'reparation,' we first have to understand what St. Paul was teaching the Colossians about our cooperation in Christ's sufferings. The following is part of what the Church calls the 'paschal mystery.'

Christ's perfect Sacrifice was accomplished when He said, "It is finished." [2] The objective redemption is a 'fait accompli.'. However, St. Paul said that there is more to it.

St. Paul explained, "Now I rejoice in my suffering for your sake, and in my flesh I complete what is lacking in Christ's afflictions for the sake of His body, that is, the Church...." [3]

What in heaven's sake is St. Paul saying?

"Can it be that Christ's passion alone was insufficient to save us? No. It left nothing more to be done; it was more than sufficient to save all men. However, for the merits of the Passion to be applied to us, according to St. Thomas Aquinas, [5] we need to cooperate (subjective redemption) by patiently bearing the trials God sends us, so as to become like our head, Christ."

This is called 'reparation.' It is a theological doctrine of the Catholic Church. Reparation is the foundation of many confraternities and pious associations [6] - to make reparation for our sins and for the sins of mankind.

That infinite merit of Christ's Passion and Sacrifice on Calvary enables us to add our daily prayers, labors, trials, and sufferings to those of our Lord. Thus, we become actually co-redeemers with Christ, sharing in His suffering.

Suffering, more than anything else, makes present in the history of humanity the force of the Redemption. [7]

Why should we make reparation to God? For two reasons: 1) to repair for our own offences against Him, 2) by virtue of the Communion of the Saints, we can also make satisfaction or reparation for the sins of others.

However, we first need to see ourselves as we really are so we can properly intercede for the souls of others. We do this through frequent Confession. [8]

The greatest offering of reparation is the Holy Sacrifice of the Mass.

So that we might join with Christ, He commanded his disciples at the Last Supper "Do this in memory of me."

Since Holy Mass is the representation of Christ's infinitely perfect Sacrifice of Calvary, it is one of the best means of offering satisfaction or reparation of God's wrath.

In fact, St. Therese of Lisieux said the best reparations she could ever make for sin was attending Holy Mass and worthily receiving Holy Communion.

Here, below, is a popular Bishop Sheen vignette on this subject. 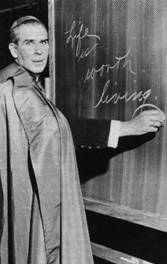 The past stays with us in our habits, in our consciousness of remembered guilt, in our proclivity to repeat the same sin. Our past experiences are in our blood, our brains, and even in the very expression that we wear.

The future judgment is also with us; it haunts us, causing our anxieties and fears, our dreads and preoccupations, giving us insecurity and uncertainty.

A cow or a horse lives for the present moment, without remorse or anxiety; but man not only drags his past with him, but he is also burdened with worries about his eternal future.

Because the past is with him in the form of remorse or guilt, because the future is with him in his anxiety, it follows that the only way man can escape either burden is by reparation - the making up for the wrong done in the past - and by a firm resolution to avoid such sin in the future.

How do we make reparation? Disposing of the past is the first step to take, and in taking it, the important distinction between forgiveness and reparation for sin should be remembered.

Some who have done wrong mistakenly think that they should only forget it, now that it is past and 'done with.' Others believe, falsely, that once a wrong deed has been forgiven, nothing further needs to be done. However, both of these attitudes are incomplete, as they lack in love.

We all will have to unite our cross with our Lord on the Cross in order to use it to purchase our eternal salvation. About a year ago (circa l970), I was talking to Pope Paul VI and I said to him, "You are well named." He was named Paul.

Paul went from city to city, was stoned from Lystra to Derby to Antioch to Pisidia, and so I said, "You were stoned by your own."

"Yes," he said. "I open my mail at midnight and in almost every letter is a thorn and when I put my head on my pillow an hour or two later, I really lay it down upon a crown of thorns.

"But," he said, "I cannot tell you what ineffable joy I have to suffer."

Then Pope Paul VI quoted to me the twenty-fourth verse of St. Paul's letter to the Colossians:

"Now I rejoice in my suffering for your sake, and in my flesh I complete what is lacking in Christ's afflictions for the sake of His body, that is, the Church...." [9]

"I suffer all of this for the sake of the Church," said the Pope.

That is how we use suffering. I think the great tragedy of the world is the suffering that goes to waste. People suffer and they have no one whom they can love to suffer for. Love does not kill the pain but it diminishes it.

Our Lord, in instituting the Sacrament of Penance, made it clear that there is a difference between forgiveness and the undoing of the past. That is why confession is followed by absolution, or forgiveness, and why, when absolution has been given, the confessor says: "For your penance say...." Then he tells the penitent what payers to say or which good actions to perform to make atonement for his sins.

The high reasonableness of this is apparent if we translate the offence against God into purely human terms.

Suppose that I have stolen your watch. When my conscience finally pricks me, I admit it all to you and say: "Will you forgive me?"

No doubt, you will, but I am sure that you will also say: "Give me back the watch."

Returning the watch is the best proof of the sincerity of my regret. Even children know there must be a restoration of the balance or equilibrium disturbed by sin.

For instance, a boy who breaks a window playing ball often volunteers, "I'll pay for it." Forgiveness alone does not wipe out the offence. It is as if a man, after every sin, was told to drive a nail into a board and, every time he was forgiven, a nail was pulled out. He would soon discover that the board was full of holes, which had not been there in the beginning.

Similarly, we cannot go back to the innocence that our sins have destroyed. When we turned our backs upon God by sinning against Him, we burned our bridges behind us; now they have to be rebuilt with patient labour.

A businessman who has contracted heavy debts will find his credit cut off. Until he has begun to settle the old obligations, he cannot carry on his business. Our old sins must be paid for before we can continue with the business of living.

Reparation is the act of paying for our sins. When that is done, God's pardon is available to us. His pardon means a restoration of the relationship of love, just as if we offended a friend, we do not consider that we are forgiven until the friend loves us again.

God's mercy is always present. His forgiveness is forever ready, but it does not become operative until we show Him that we really value it.

The father of the prodigal son had forgiveness always waiting in his heart; but the prodigal son could not avail himself of it until he had such a change of disposition that he asked to be forgiven and offered to do penance as a servant in his father's house.

So long as we continue our attachment to evil, forgiveness is impossible; it is as simple as the law, which says that living in the deep recesses of a cave makes sunlight unavailable to us. Pardon is not automatic - to receive it, we have to make ourselves pardonable.

The proof of our sorrow over having offended is our readiness to root out the vice that caused the offence. The man who holds a violent grudge against his neighbour and who confesses it in the Sacrament of Penance cannot be forgiven unless he forgives his enemy.


[1] Paccatum meum contra me est semper" in English means "my sin is always before me," from Psalm 50, the 'Miserere.'

[8] It is well known that the Pope John Paul II receives the Sacrament of Penance on a weekly basis.

Barbara Kralis, the article's author, writes for various Christian and conservative publications. She is a regular columnist at Catholic Online, RenewAmerica.us, Intellectual Conservative, Life Issues, The Wanderer newspaper, Phil Brennan's WOW, New Oxford Review Magazine, Washington Dispatch, Catholic Citizens, Illinois Leader, NewsBull, MichNews, and others. Her first journalism position was with Boston Herald Traveler, l964. Barbara published and edited 'Semper Fidelis' Catholic print newsletter. She and her husband, Mitch, live in the great State of Texas, and co-direct the Jesus Through Mary Catholic Foundation. She can be reached at: Avemaria@earthlink.net

The Why of Jesus' Death: A Pauline Perspective
Jerom Paul

Wisdom lies beyond the surface of life
Mary Regina Morrell

Glimpse of Me
Sarah Reinhard

The 3 stages of life
Michele Szekely

A Catholic Woman Returns to the Church
Cheryl Dickow

Proclaim the mysteries of the Resurrection!
Hugh McNichol