Catholic archbishops from Iraq and Syria said Tuesday that while they hope to help their people stay in the Middle East, they also believe those trying to leave are being unjustly discriminated against when applying for United States visas. 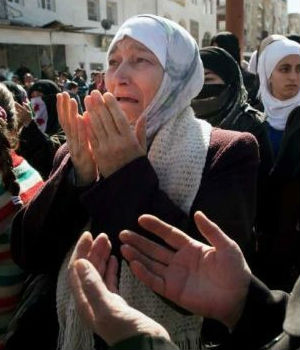 Iraq alone has seen a massive emigration of Christians. The Christian population has plummeted to 300,000, down from about 1.5 million before the 2003 U.S.-led invasion of the country.

Philadelphia (CNA/EWTN News) - According to federal data, since October 2014, 906 Muslim refugees from Syria were granted U.S. visas, while only 28 of Syria's estimated 700,000 displaced Christians were given the same. Even when accounting for population percentages (Christians account for 10 percent of the religious makeup of Syria), the numbers of visas granted seems widely disproportional.

Chaldean Archbishop Bashar Warda of Erbil and Melkite Archbishop Jean-Clement Jeanbart of Aleppo spoke at an Aug. 4 press conference at the Knights of Columbus 2015 Convention in Philadelphia about the situation for Christians in the Middle East. 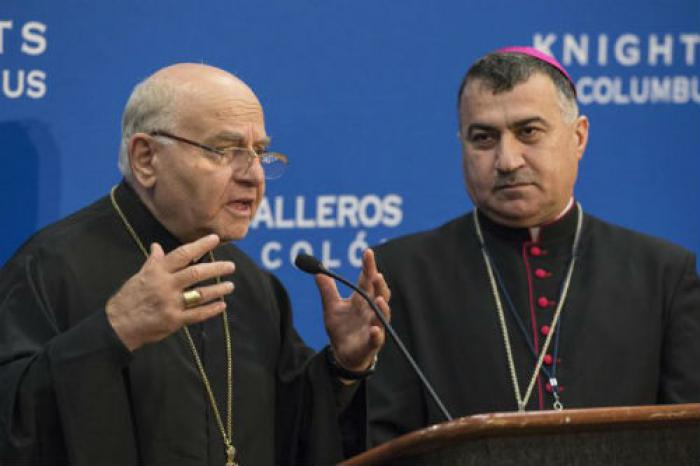 They said that while they do not believe the discrimination against giving Christians visas goes all the way to the top of America's administration, their people have noticed the injustice.

"Our people are asking these questions: how come we apply for the American visa and are denied?" Archbishop Warda said.

"This is a clear case of persecution," he added.

"They're being denied visas while others who have participated (in the violence) or at least were silent can go."

Ideally, Archbishops Warda and Jeanbart would like their people to stay and help rebuild the Christian populations in the Middle East, where Christians have lived since the first decades after Jesus' death. However, they also know they cannot ask people to stay in the dangerous conditions when they choose to leave.

"We would like our people to stay, we would like (that), but emigration is a personal decision; we cannot encourage, but we cannot stop it," Archbishop Warda said.

Iraq alone has seen a massive emigration of Christians. The Christian population has plummeted to 300,000, down from about 1.5 million before the 2003 U.S.-led invasion of the country. Within the last year, tens of thousands of Christians in Mosul and Bakhdida were forced to flee, pay exorbitant fines, or die at the hands of the Islamic State. Many have left the country, while the remaining Christians relocated to Erbil, in Iraqi Kurdistan.

Archbishop Jeanbart said it would be less expensive for Americans in the end to help Christians maintain their presence in the Middle East, than it would be to accept hundreds of thousands of refugees.

"Help them to stay and help the society there," he said. "The first thing they need is peace. Help us to get peace, and then the people will be happy staying in Syria."

Archbishop Warda said one of the most important things Americans can do is to speak out about the violence being done to Christians in the Middle East.

"All the statements (by U.S. government and media) have not condemned strongly what damage it is doing," he said.

"What they are saying is just 'This is not the true Islam. This is violating the picture of Islam.' The issue for them is the image of Islam, but none of these statements speaks about the victims, about what has been done to the victims, they are not even mentioned. And that is one of the questions our people have."

"Please remember this: this is part of your heritage, this is part of being an American. Please speak for the persecuted around the world, especially for the Christians today," he added.

The archbishops also praised the relief efforts provided by the Knights of Columbus, who so far have donated $3 million to relief efforts for Christians in the Middle East and who announced an expansion of those efforts this coming year.

"The Knights of Columbus have been bringing very much supplies, they are giving us a good help and they will continue doing that, and I assure you this . concern has been a light, to see that there is an end to the tunnel," Archbishop Jeanbart said.

At the 133rd Supreme Convention for the Knights of Columbus, Supreme Knight Carl Anderson unveiled a new portal on the Knights' website, christiansatrisk.org, where Americans can go to donate to help Christians in the Middle East. The Knights will also reimburse all administration costs, so 100 percent of the donated funds will go to those in need.

The Knights of Columbus also plan to sell wooden crosses made from the olive trees in Bethlehem as another way to fundraise for the cause, and they plan on increasing awareness efforts through television commercials and through local parish education, he said.

"What is their only crime? To believe in the one who said 2,000 years ago, 'love thy neighbor,'" Anderson said of Christians in the Middle East. "The blood of these martyrs cries out to heaven for justice, and to you and me for help."