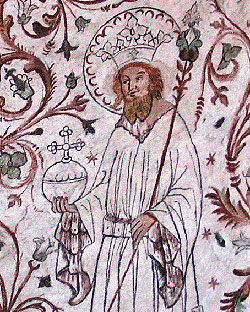 Henry was an Englishman living in Rome. He accompanied the papal legate, Nicholas Cardinal Breakspear to Scandinavia in 1151 and was consecrated bishop of Uppsala, Sweden, the next year by the cardinal. Henry was with King Eric of Sweden in the latter's invasion of Finland to punish Finnish pirates and remained behind when Eric returned to Sweden. Henry was murdered by a convert named Lalli, on whom he had imposed a penance for a murder he had committed. Henry is considered the patron saint of Finland, though he does not appear to have ever been formally canonized.