Feastday: January 19
Patron: of the Catholic Cathedral of Helsinki
Death: 1156 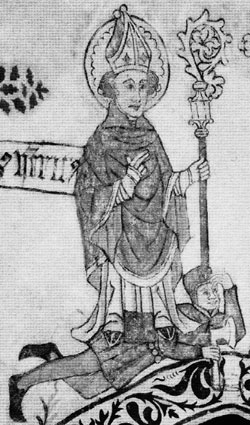 Bishop and patron saint of Finland. Henry was an Englishman who accompanied Cardinal Nicholas Breakspear to Sweden and Norway in 1151. There he was made the bishop of Uppsala, Sweden. He accompanied King St. Eric of Sweden on a military campaign to Finland, never leaving that land again. Henry was murdered in Finland by an excommunicate named Lalli. He was never formally canonized.