5 amazing fathers in the Bible

Everyone is aware of God, the Father - but what other Biblical fathers stand out? 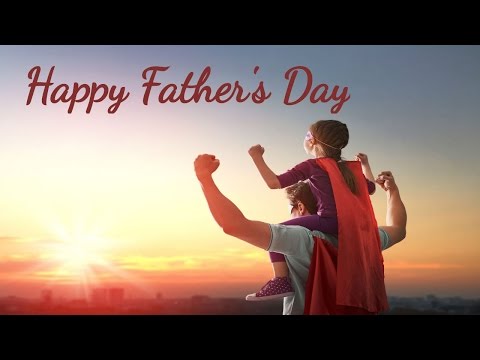 Other than God, the Father, what other Biblical dads stand out(North Wind Pictures/Alamy)?

LOS ANGELES, CA (Catholic Online) - God is known as God, the Father. He created us and acts as a protector, serving as an example of what our earthly fathers do for us.

When we are hurting or have a lesson to learn, our fathers are there to help guide us and teach us what it means to be respectable, knowledgeable people who can trust he has only the best intentions for us.

There are excellent examples of good dads in the Bible. Many of the men featured in Scripture reveal God's heart for us and serve as wonderful role models.

The following five men in particular, besides God the Father, stand out as the most amazing fathers in the Bible: 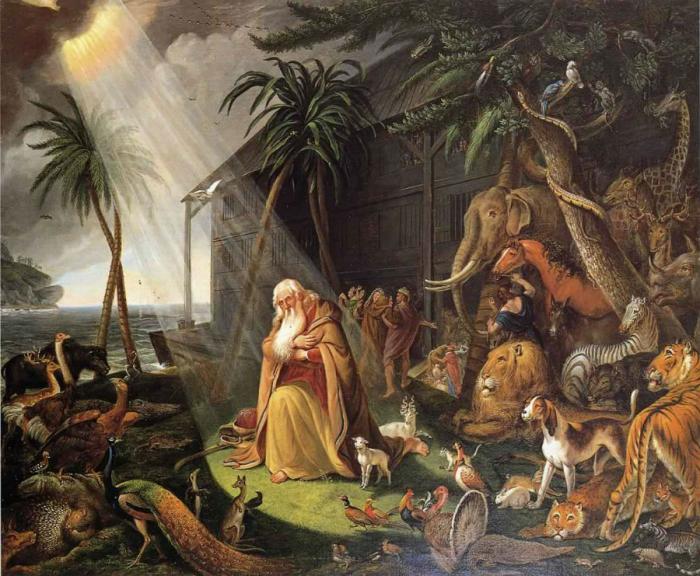 Noah is an excellent father described in the Bible. He is famous for building an ark and believing in God when everyone around him called him crazy.

Noah didn't care that the world was against him. He had faith. He believed in God's word and he raised his children to believe the same.

When God's warning of a flood proved true, Noah saved his children from certain death and can be seen as the father of the new world, which flourished because he put in the work to build the ark and house two of each animal.

Today, fathers resemble Noah when they refuse to let what other people say bother them. True fathers love their children in whatever ways they know to love and they go above and beyond to protect their sons and daughters from anything threatening to harm them. 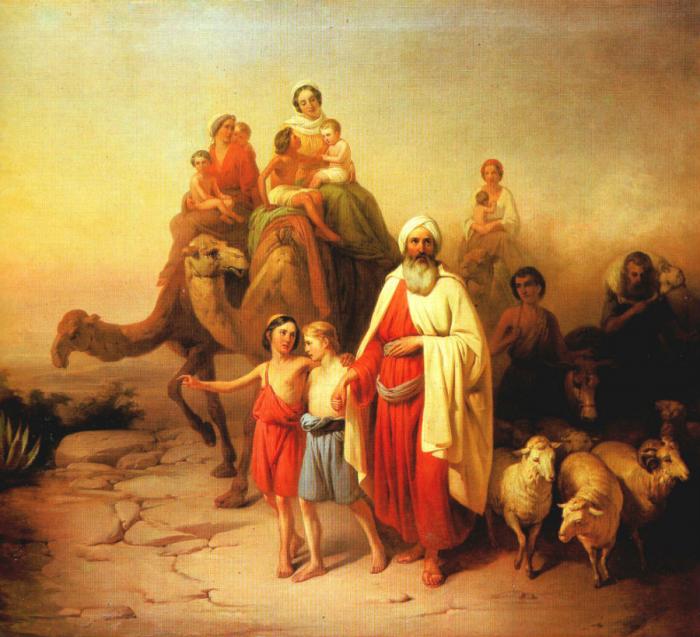 Abraham was constantly challenged by God and he constantly met those challenges head-on. When he and his wife Sarai were unable to conceive, God blessed the couple with their son Isaac.

God challenged Abraham again by ordering Isaac be sacrificed. Though Abraham's heart was broken, he knew to trust in the Lord and at the last moment his hand was stilled by God and Isaac's life was spared.

Many modern fathers meet several challenges and learn, through experience, how to trust God. Once that trust is developed, fathers pass that unyielding faith and trust to their children, who grow to love God as well. 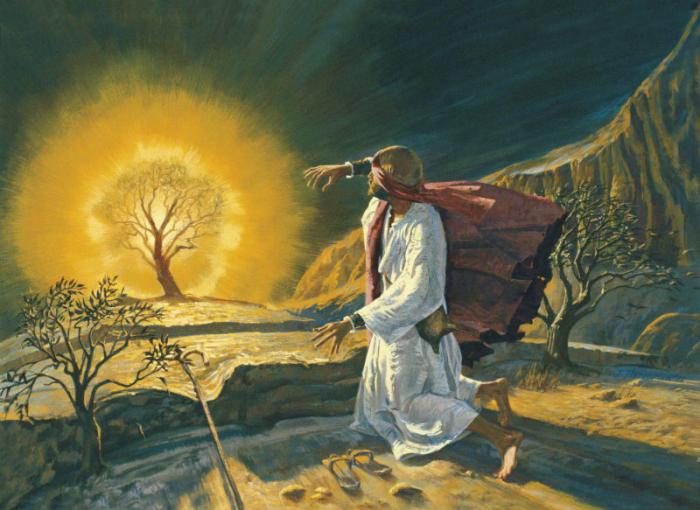 Moses is famous of hearing and obeying the Word of God. He did several amazing things, including free the Hebrews from slavery in Egypt and returning from Mount Sinai with the Ten Commandments we all continue to live by today.

Moses serves as an example of overcoming obstacles that seem impossible to conquer. Today, fathers must overcome several difficulties to help their children and serve as a reliable messengers of God's Word for their children.

Fathers everywhere can turn to Moses for encouragement and faith. 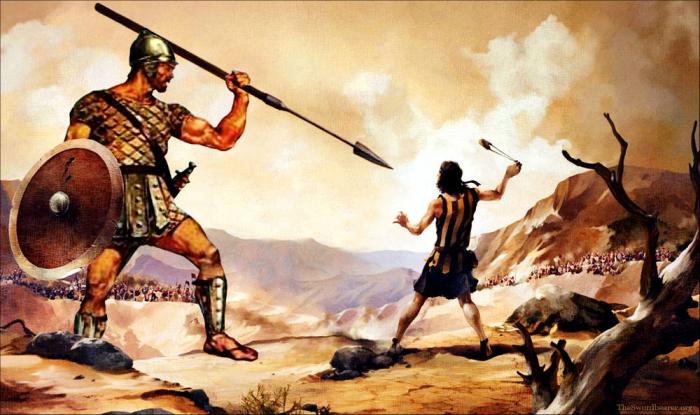 David's story, much like Moses', begins in childhood. Much like Moses, David encountered a series of trials and overcame each with the help of God.

Neither David nor the other fathers of the Bible were perfect but each asked forgiveness for their sins and lived on to spread God's Glory.

With God by his side, David defeated the giant Goliath, he survived slavery and near-death experiences and eventually grew to become one of Israel's greatest kings.

King David is an amazing example of a father figure who understands what it means to live through difficult times - as well as how to conquer them. Many fathers today would do well to learn from his examples. 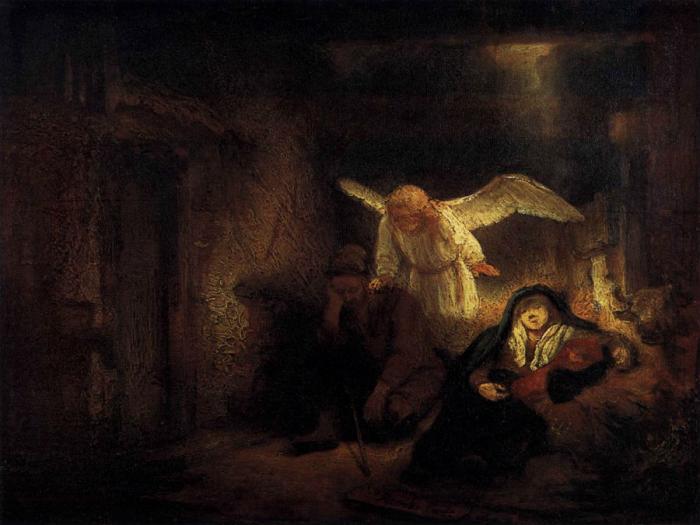 Though Jesus takes center stage, it is important to remember Joseph, Jesus' earthly father, was partially responsible for raising the Christ child.

Joseph ensured Jesus received an education in carpentry, ate well, was not in danger and grew to love God, the Father.

Joseph was a righteous man and was chosen to help care for Jesus as an earthly guardian.

Without Joseph's care, Jesus may not have grown in a loving home and wanting for nothing.

Joseph is a wonderful father figure for Jesus and the several children he later fathered. Each was a follower of Christ and refused to allow his wife to be humiliated or disgraced.

Today, fathers can learn to be compassionate, loving and righteous.

The one thing each of these Biblical fathers have in common is their faith in God. Each of these men believed God would bless them and turned to God in times of tribulation. Modern fathers would do well to learn to do the same to then turn and teach their children to trust in God as well.

Thank you for reading our list. Check out our other lists on the Top 7 angel facts straight from the Bible, Top 10 mothers from the Bible, Top 12 Bible Verses for Mom, 5 things Catholics should NEVER do in their marriage, Top 10 hilarious dog memes, 6 inspirational Bible verses to bring you God when life is falling apart, 8 thought-provoking Easter quotes to inspire, How to combat the 7 deadly sins, 3 beautiful Holy Islands you MUST visit soon, How people celebrate St. Patrick's Day around the world!, 10 important things to consider during Lent, The top 10 places Christians are persecuted, Classic movies every Catholic teen should watch, 5 New Year's resolutions all Catholics should aspire to, Christmas Trees Around the World, sex, lifting your spirits, dealing with anger, love, common misquotes, how to give, healing and 10 very interesting facts about the Catholic Church you probably didn't know.