Top 10 mothers from the Bible

Free World Class Education
FREE Catholic Classes
What do these mothers have in common with yours?

Mothers are God's gift to us all. It is mothers who tend to love us with an unbridled passion and who can kiss all our boo-boos away - but what about the mothers of the Bible? 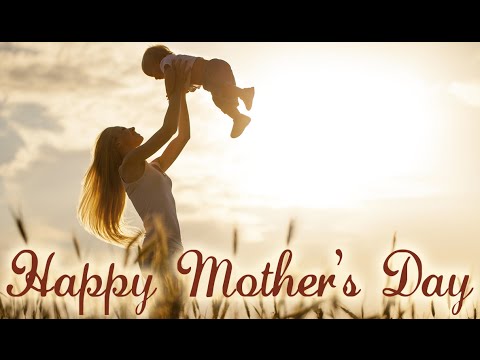 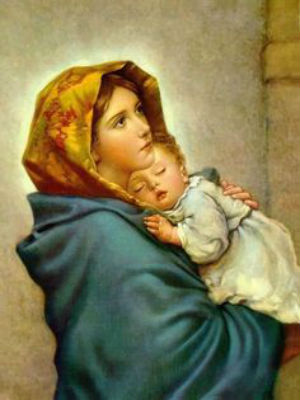 LOS ANGELES, CA (Catholic Online) - The Bible mentions several mothers and each of them teach us lessons, not unlike our actual mothers.

So who are the top ten mothers described in the Bible?

According to Crosswalk.com, here are the top ten most amazing mothers found in the Bible:

10. The mother who waited

Sarah was a childless woman who was married to Abraham. Their stories can be found in Genesis 15, when the Lord promises them children.

They waited fifteen years before God's promise was renewed, and another ten before it was fulfilled.

Initially Sarah had doubted God. She even laughed at His promise! But God moves whether we have faith or not. He knew Sarah's heart and he delivered to her a son, whom she named Isaac.

Sarah's story is one we can all learn from. How many of us have patient mothers? How often did we push that patience to the maximum? Mothers are amazing women, and Sarah is a testament to how patient they can be.

9. The mother who endured

Hagar was an Egyptian slave. She was a maidservant to Sarah and became Abraham's second wife.

When she became pregnant, Sarah mistreated her out of jealousy and Hagar ran away. Along the way, an angel spoke to her and instructed her to return to Abraham and Sarah. He then told her she would have several descendants through her son, whom she was told to name Ishmael.

Hagar returned and, much later, was sent away with Ishmael. They traveled through the desert and Hagar feared they would die - but God led her to a well.

Though Hagar suffered, she trusted the Lord and was blessed, as was her son Ishmael. Her story can be found in Genesis 21.

Hagar's story is that of a mother's suffering and how God blessed both mother and child for it.

God will never let us break beneath the yoke - we must trust and believe in the path He has set us on and know that we never suffer for nothing.

8. The mother who deceived

Rebekah's story can be found in Genesis 25.

She was a faithful woman who obeyed God by marrying Abraham's son Isaac.

When she became pregnant, she could feel the twins fighting in the womb. When she asked God why, He told her the eldest would live to serve the youngest.

This came as a shock since the eldest was to be honored in those days.

When it was time for her sons to be blessed, Rebekah called the youngest, Jacob, to receive the blessing.

Though she deceived both her husband and her eldest son, Rebekah did as God called her to do and God kept his promise to bless Jacob.

Sometimes mothers need to make difficult decisions and we don't understand why. Like Rebekah, our mothers do what they believe is best for us and will stop at nothing to ensure we only experience the best she can provide.

In Genesis 30, Jacob was the victim of deceit when he attempted to marry his cousin Rachel, but was wed to Leah.

Though Leah knew she was not loved, she bore several sons and Rachel was barren.

Both gave their maidservants to Jacob and bore more children, until God allowed Rachel to conceive. She had two sons
but died in childbirth for the second son, Benjamin.

Leah and Rachel had to share a single husband and became rivals for his attention.

Sometimes God places our mothers in less than comfortable positions and she is not happy, but through the trials God blesses them. He can do the same for us! 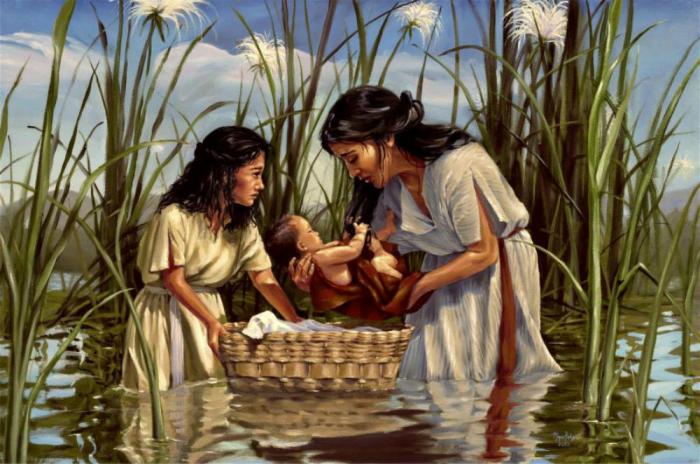 6. The mother with a plan

Jochebed was a Levite woman who gave birth during a time when the King of Egypt was slaughtering baby boys.

The King's decision can be found in Exodus 1. He wanted to keep the Hebrew population under control. When Jochebedgave birth to a son, she knew she could not allow him to be killed.

She hid the boy for three months, until she could no longer keep him safely hidden. Rather than drowning him in the Nile, as the King had demanded, she made a small boat for him and sent her daughter Miriam to watch the basket as it made its way down the river.

Mirium did as she was instructed and saw the Pharoah's daughter take pity on the babe. She knew he was a Hebrew and knew his fate, but decided to keep him.

Mirium approached her and said she knew a wet nurse, who was her mother, and the Pharoah's daughter hired Jochebed as a wet nurse as she raised the boy who was named Moses.

Jechobed refused to do what she knew was wrong and saved her son's life. The result, as we all know, is that Moses saved all the Hebrews from Egypt with God's help.

What our mothers do may break some rules, but if they are in accordance to God's plan, nothing but blessings will come from it.

5. The mother who followed the rules

In Judges 13, Samson's mother was told she was barren but would give birth to a son. She was warned not to drink wine or eat anything unclean. She was also told not to cut her son's hair as he was meant to be a Nazirite dedicated to God.

She knew to trust the angel and did as she was told.

When Samson was born, the Lord blessed him and used him to defeat the Philistines.

Though Samson probably wanted his hair out of his face, he followed his mother, who followed God. Sometimes our mothers do things that make us stand out - but it is never to force us into a position for bullying, it is out of love.

We may not understand our mothers' actions all the time, but trusting her and believing she has her reasons can help us learn to be more understanding toward everyone.

The book of Ruth describes Naomi, the mother-in-law of her deceased sons' wives. When she heard God blessed the land of her people with food, she convinced her daughter-in-laws to seek new husbands in the land.

One of the girls, Ruth, refused to leave Naomi, while Orpah returned to her people and her faith. Ruth learned faith from Naomi and was blessed with a new marriage and a son, who was grandfather of David, who would later be one of the Bible's most famous kings.

Mothers tell us what they think would be best for us, but are open to letting us live how we feel we must. Orpah left her mother-in-law's side, but Ruth stayed and Naomi was blessed with powerful and godly descendants.

3. The mother who kept her promise

Hannah's story is in 1 Samuel. She married a man who loved her, but who had another wife. The other wife bore children but the Lord had closed Hannah's womb.

The other wife held this against her and often attempted to provoke her, but Hannah prayed often and was blessed with a son called Samuel. She had prayed she would give her son to the Lord, and she was faithful to God, who had blessed her.

When he was old enough, Hannah took Samuel to a church and presented him to the priest, where he lived his life dedicated to God.

2. The mother who believed

Luke 1 shares the story of Elizabeth, who was married to the priest Zechariah.

Though they were both faithful to the Lord, they could not conceive. They were already elderly when the archangel Gabriel spoke to Zechariah to explain Elizabeth would bear a son. Elizabeth was ecstatic and soon conceived. When her cousin Mary, Jesus' mother, came to visit, her unborn son reacted to the Holy Spirit and leapt in her womb.

When he was born, he was named John and would later become known as John the Baptist.

Mothers are faithful, even when everyone else doesn't believe. It is this faith that gives them hope for their childrens' futures.

1. The mother who is blessed among women

Unsurprisingly, the Blessed Virgin is the number one woman of the Bible.

She was chosen from among the world's women and was blessed with the child Jesus, who would grow to save all of humanity from original sin.

Though she became pregnant before her marriage to Joseph, Mary was still married to him. In those days, Mary would have been stoned to death for not saving herself for marriage, but Joseph was kind and was later visited by an angel, who revealed God's plan for her.

Not only was Mary the mother of God, but she also paid an extremely high price - she witnessed her innocent son die a sinner's death.

Her son was mocked, beaten and murdered before her eyes and she was powerless to stop it.

Mother Mary is the ultimate example of motherly love, faith, endurance and how to be humble.

The thing that each of these mothers have in common is their strength and faith in the Lord. The ultimate mothers love God and, therefore, are able to love us all the more!

Thank you for reading our list. Check out our other lists on 5 things Catholics should NEVER do in their marriage, Top 10 hilarious dog memes, 6 inspirational Bible verses to bring you God when life is falling apart, 8 thought-provoking Easter quotes to inspire, How to combat the 7 deadly sins, 3 beautiful Holy Islands you MUST visit soon, How people celebrate St. Patrick's Day around the world!, 10 important things to consider during Lent, The top 10 places Christians are persecuted, Classic movies every Catholic teen should watch, 5 New Year's resolutions all Catholics should aspire to, Christmas Trees Around the World, sex, lifting your spirits, dealing with anger, love, common misquotes, how to give, healing and 10 very interesting facts about the Catholic Church you probably didn't know.