Free World Class Education
FREE Catholic Classes
Do angelic visitations really result in feathers left behind? Do they look like cherubs or are they fearful to behold?

When the word "angel" comes to mind, many immediately think of a light-skinned human with large, white wings and wearing a flowing white robe - but these images are not indicative of all angels. 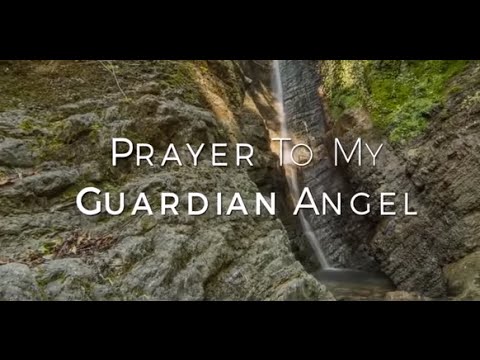 LOS ANGELES, CA (Catholic Online) - The Bible is an excellent source of information on everything from how to live our lives to King David's biography - but what does it have to say about angels?

There are several passages referencing angels and their many duties, physical forms and purposes.

So, how much do YOU know about angels?

Angels were created before anything else

Where were you when I laid the earth's foundations? ... to the joyful concert of the morning stars and unanimous acclaim of the sons of God? (Job 38:4,7)

Humans are unable to comprehend the number of angels that exist

In my vision, I heard the sound of an immense number of angels gathered round the throne and the living creatures and the elders; there were ten thousand times ten thousand of them and thousands upon thousands (Revelation 5:11)

Some angels rebelled against God

That same night the angel of the Lord went out and struck down a hundred and eighty-five thousand men in the Assyrian camp. In the early morning when it was time to get up, there they lay, so many corpses. (2 Kings 19:35)

In the end times, angels will sort the saved from the lost

The field is the world; the good seed is the subjects of the kingdom; the darnel, the subjects of the Evil One; the enemy who sowed it, the devil; the harvest is the end of the world; the reapers are the angels ... The Son of man will send his angels and they will gather out of his kingdom all causes of falling and all who do evil, and throw them into the blazing furnace, where there will be weeping and grinding of teeth. (Matthew 13:38-39, 41-42)

My God sent his angel who sealed the lions' jaws; they did me no harm, since in his sight I am blameless; neither have I ever done you any wrong, Your Majesty. (Daniel 6:23)

Not all angels match the traditional white robes with white wings

I raised my eyes to look about me, and this is what I saw: A man dressed in linen, with a belt of pure gold round his waist: his body was like beryl, his face looked like lightning, his eyes were like fiery torches, his arms and his face had the gleam of burnished bronze, the sound of his voice was like the roar of a multitude. (Daniel 10: 5-6)

I raised my eyes, and there were two women appearing. The wind caught their wings -- they had wings like a stork's; they raised the barrel midway between earth and heaven. (Zechariah 5:9)

Angels come in both genders and of all shapes and sizes. They are powerful beings created to worship and serve God as well as to protect His children - us. If you have any angelic stories, please feel free to share them with us in the comments below.

Thank you for reading our list. Check out our other lists on Top 10 mothers from the Bible, Top 12 Bible Verses for Mom, 5 things Catholics should NEVER do in their marriage, Top 10 hilarious dog memes, 6 inspirational Bible verses to bring you God when life is falling apart, 8 thought-provoking Easter quotes to inspire, How to combat the 7 deadly sins, 3 beautiful Holy Islands you MUST visit soon, How people celebrate St. Patrick's Day around the world!, 10 important things to consider during Lent, The top 10 places Christians are persecuted, Classic movies every Catholic teen should watch, 5 New Year's resolutions all Catholics should aspire to, Christmas Trees Around the World, sex, lifting your spirits, dealing with anger, love, common misquotes, how to give, healing and 10 very interesting facts about the Catholic Church you probably didn't know.