Celebrate St. Michael the Archangel's feast day at one of his beautiful shrines

St. Michael's feast day is September 29 - so what are you doing to celebrate? 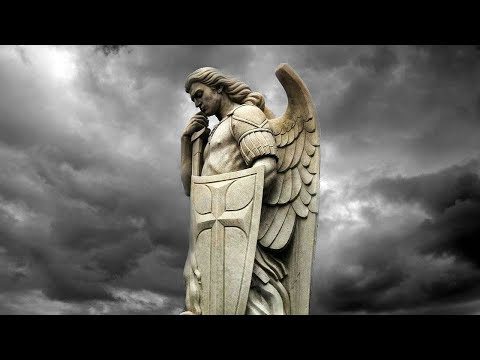 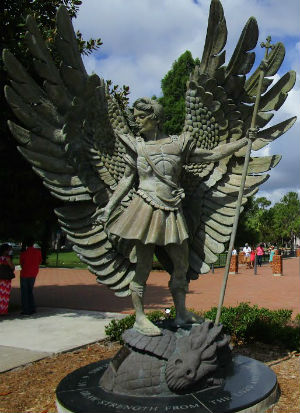 Celebrate St. Michael's feast day by visiting one of his most magnificent shrines.

LOS ANGELES, CA (Catholic Online) - St. Michael the Archangel is the leader of all angels in the army of God.

He is the patron saint of soldiers, doctors, mariners, grocers, paratroopers, police and sickness.

His four main responsibilities as the Lord's servant are:
In honor of St. Michael's feast day, let's take a look at five of his most magnificent and intriguing shrines, listed by the Catholic Herald: 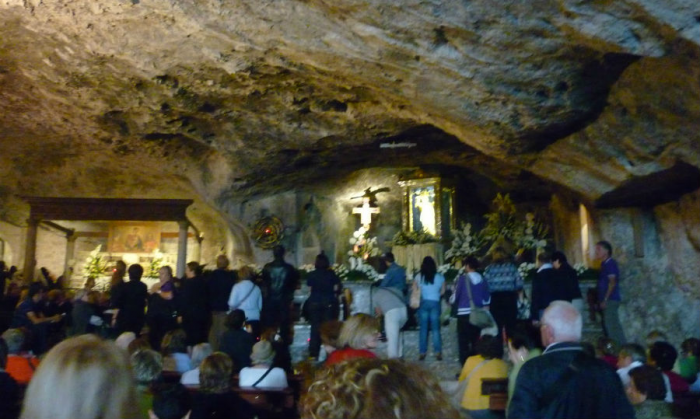 In 490 AD, a farmer lost his prize bull and found it kneeling in a cave. He attempted to move the beast but when he realized the animal would not be moved, he decided to kill it with a bow and arrow.

When he released the bow, the arrow turned and hit the farmer instead. He was so frightened by the event that he ran straight to a Bishop, who doubted the farmer's tale and decided not to investigate.

Years later, the Bishop's city and diocese was endangered by the threat of an invading army. St. Michael appeared to the Bishop and promised the townspeople would be spared if a church was built over the cave.

Though the archangel appeared to him, the Bishop refused to believe and no church was erected.

It was not until the Bishop spoke to the Pope that he decided to enter the cave with other clergymen to pray. St. Michael appeared again and ordered the Bishop to enter alone and from that moment on it would be treated as consecrated ground, as he had made the cave's stones holy.

Since then, the cave has been viewed as one of the holiest places in Italy. Even St. Francis of Assisi believed it was too holy to enter. Many pilgrims travel to visit the church-cave each year and consider it an exceptionally "thin" and sacred place. 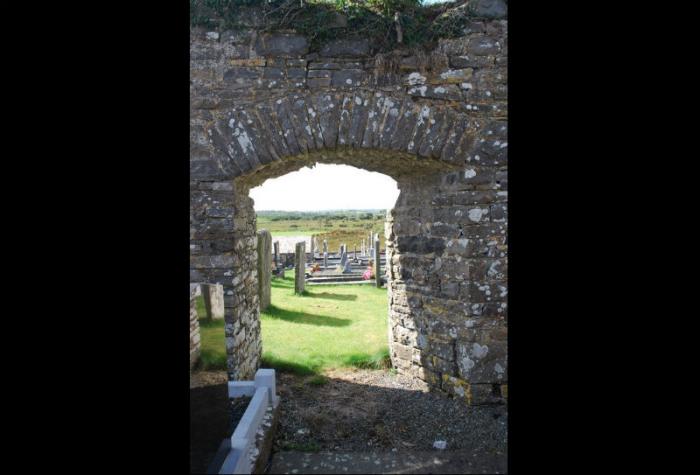 St. Michael's Church is believed to have been founded by St. Senan in 550AD. After several years, the church fell to ruin. In 1632 a local woman named O'Gorman dreamed of visiting the church. In her dreams, she was told she would discover a spring with curative properties.

After several nights of dreaming, she rode a pony into the ruins and discovered a source of water. She claimed she was immediately cured of gout and went to the parish priest, who later reported he had been healed from another illness.

People began to spread the news and visit the spring, which was eventually dedicated to St. Michael by the Bishop of Killaloe.

The church may remain in ruins but it is a popular pilgrimage spot and Mass is celebrated at the Shrine. Stations of the Cross have also been erected between the altar and the well. 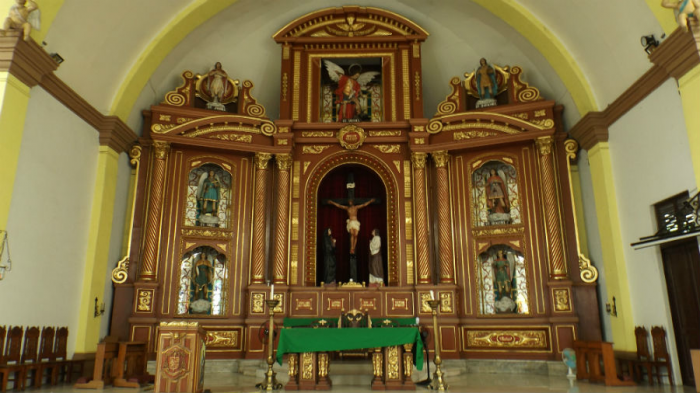 In 1603, the Jesuits established a town, where a church was erected. It's iconic baroque bell towers were a beautiful sight to see in 1913 the church was moved to a new site after the cathedral was damaged in WWII.

The site became a national shrine to St. Michael and the Archangels in 1986 and the shrine's priests have permission to celebrate the Sacrament of Confirmation twice each week. 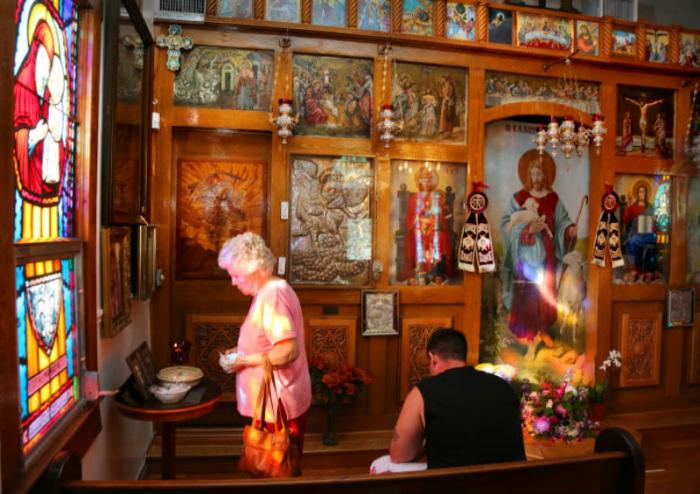 Nearly 80-years ago, a Florida boy suffered a brain tumor. He made a promise to St. Michael and asked his parents to bring him an icon of St. Michael.

He held the image and said the archangel appeared to him. His inoperable tumor disappeared and he made a full recovery.

The boy's parents build a tiny church for St. Michael and the boy lived until 2007.

The humble church remains in the back garden of the boy's childhood home and miracles of recovery attract both Orthodox and Catholic pilgrims. 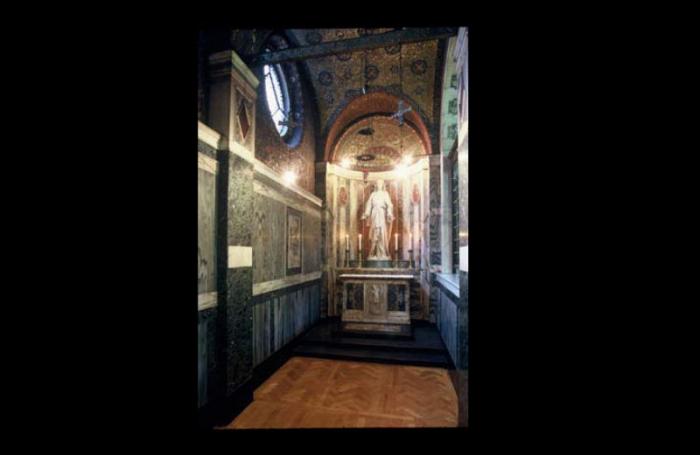 Chapel of the Sacred Heart and St Michael in Westminster Cathedral, UK.

Chapel of the Sacred Heart and St Michael in Westminster Cathedral, UK

One of the most richly decorated chapels in Westminster Cathedral is the chapel of the Sacred Heart and St. Michael, which is often overlooked.

St. Michael is depicted slaying a dragon and the entire chapel is full of beautiful mosaics.

The chapel is quite small and is so little-known that many pilgrims miss it entirely.

Don't miss out on one of St. Michael's most beautiful shrines. The next time you visit the UK, take a quick trip to discover the beauty hiding within the walls of the Westminster Cathedral.

Prayer to St. Michael the Archangel

Holy Michael, the Archangel, defend us in battle.
Be our safeguard against the wickedness and snares of the devil.
May God rebuke him, we humbly pray; and do you, O Prince of the heavenly host, by the power of God cast into hell Satan and all the evil spirits who wander through the world seeking the ruin of souls.
Amen.

Check out our other lists on:
3 ways kids remind us to love
Top 10 goals all Catholics should have
Christian Olympians
Catholicism in Hollywood
Top 7 Healthy snacks for summer
5 amazing fathers in the Bible
Top 7 angel facts straight from the Bible
Top 10 mothers from the Bible
Top 12 Bible Verses for Mom
5 things Catholics should NEVER do in their marriage
Top 10 hilarious dog memes
6 inspirational Bible verses to bring you God when life is falling apart
8 thought-provoking Easter quotes to inspire
How to combat the 7 deadly sins
3 beautiful Holy Islands you MUST visit soon
How people celebrate St. Patrick's Day around the world!
10 important things to consider during Lent
The top 10 places Christians are persecuted
Classic movies every Catholic teen should watch
5 New Year's resolutions all Catholics should aspire to
Christmas Trees Around the World
sex
lifting your spirits
dealing with anger
love
common misquotes
how to give
healing and
10 very interesting facts about the Catholic Church you probably didn't know.