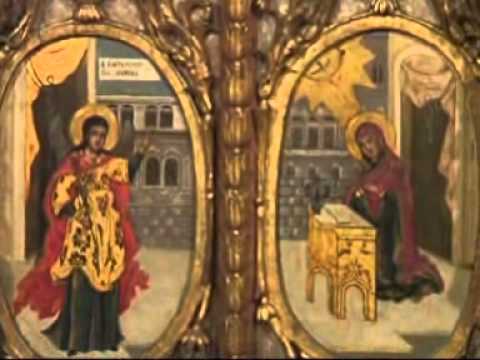 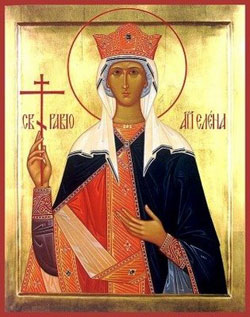 Constantine was king of Cornwall. Unreliable tradition has him married to the daughter of the king of Brittany who on her death ceded his throne to his son and became a monk at St. Mochuda monastery at Rahan, Ireland. He performed menial tasks at the monastery, then studied for the priesthood and was ordained. He went as a missionary to Scotland under St. Columba and then St. Kentigern, preached in Galloway, and became Abbot of a monastery at Govan. In old age, on his way to Kintyre, he was attacked by pirates who cut off his right arm, and he bled to death. He is regarded as Scotland's first martyr. His feast day is March 11th.