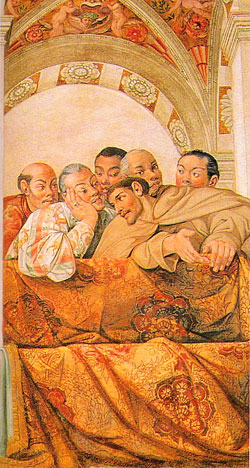 Franciscan martyr of Japan. Louis Was a noble of Spain, who was ordained and sent to Manila, Philippines, in 1601. He went to Japan in 1603 but was exiled. Returning to Spain in 1613, he visited Rome in 1622, and then went again to Japan. He was arrested in Nagasaki and burned alive at Shimabara. Louis was beatified in 1867.