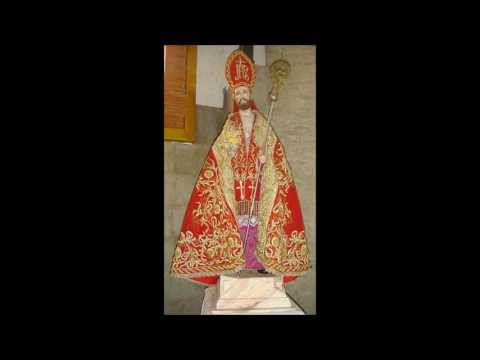 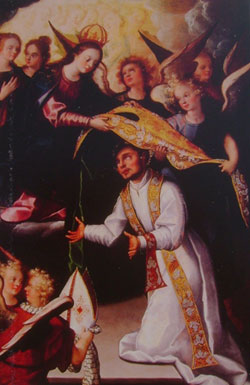 St. Ildephonsus is highly regarded in Spain and closely associated with devotion to the Blessed Virgin which he fostered by his famous work concerning her perpetual virginity. Born around 607, Ildephonsus came from a noble family and was probably a pupil of St. Isidore of Seville. While still quite young, he entered the Benedictine monastery of Agalia near Toledo and went on to become its Abbot. In that capacity he attended the Councils of Toledo in 653 and 655.

In 657 the clergy and people elected this holy man to succeed his uncle, St. Eugenius, as Archbishop of Toledo. He performed his episcopal duties with diligence and sanctity until his death in 667. This saint was a favorite subject for medieval artists, especially in connection with the legend of Our Lady's appearance to present him with a chalice. St. Ildephonsus was a prolific writer, but unfortunately only four of his works have survived. Among these are the one already mentioned and an important document of the history of the Spanish Church during the first two-thirds of the seventh century, entitled Concerning Famous Men.