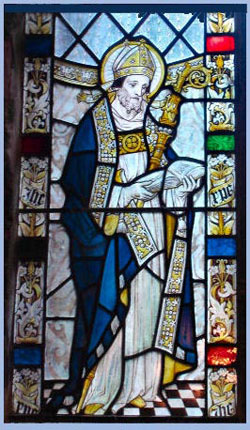 Swithun, also spelled Swithin, was born in Wessex, England and was educated at the old monastery, Winchester, where he was ordained. He became chaplain to King Egbert of the West Saxons, who appointed him tutor of his son, Ethelwulf, and was one of the King's counselors. Swithun was named bishop of Winchester in 852 when Ethelwulf succeeded his father as king. Swithun built several churches and was known for his humility and his aid to the poor and needy. He died on July 2. A long-held superstition declares it will rain for forty days if it rains on his feast day of July 15, but the reason for and origin of this belief are unknown.