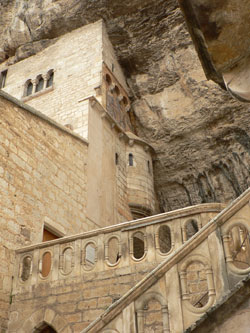 Bishop and confessor, the son of Upper-class wealthy parents in Auxerre, France, also called Arnatre. At his wedding, Bishop Valerian read the words for the ordination ceremony for deacons. Amator had not wanted to be married, and with the help of the bishop convinced his bride-to-be to enter a convent. He then became a priest and the bishop of Auxerre. Known for his miracles and his ability to make spur conversions, Amator found himself threatened by the local governor, Germanus, a pagan who still conducted many of the old rituals. Amator left for a time but upon his return he made Germanus a designated candidate for the bishopric. Some scholars believe it was Amator who ordained St. Patrick.