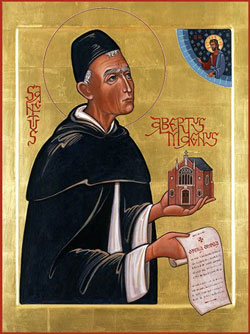 Dominican tertiary and miracle worker. Albert was a farmer living near Bergamo, Italy, where he became a Dominican Third Order member. Married, he was a champion of the poor in his hometown of Ogna. Sometime in his adult life, Albert went on a pilgrimage to the famous shrine at Santiago de Compostela in Spain. He also visited Rome and Jerusalem, perilous journeys in his era. After his pilgrimages, Albert settled in Cremona, Italy, where he became known for his piety and for his many miraculous works to benefit others.