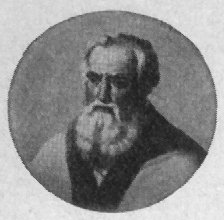 Innocent V The first Dominican to be elected pope, the Blessed Innocent V was born Peter of Tarentaise c. 1224. Before becoming pope in January of 1276, he served as provincial of France, Archbishop of Lyons, and cardinal bishop of Ostia. He collaborated with Thomas Aquinas and Albertus Magnus to develop a rule of study for the Dominicans, and two years before being elected pope, he eulogized St. Bonaventure and attended the Second Council of Lyons, which had put forth a plan to reunite Western and Eastern Christendom. As pope, Innocent planned to crusade, to continue plans to unite Christendom, and to settle the wars in Italy. However, he died in June, 1276.