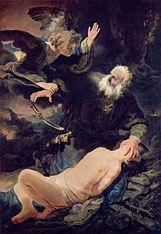 Pope for twenty days, Sissinius was born in Syria and was elected to the papacy in 707. The exarch of Ravenna refused to approve the election until January of 708. During his brief reign, Sissinius reinforced the walls of Rome since the Lombards, the Muslims, and the exarch were threatening to invade. His only ecclesastical acts were ordinations. When Sissinius died, he was so crippled by gout that he could not feed himself.