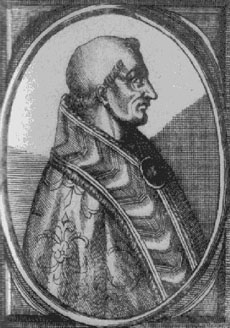 Celestine IV Pope for 15 days in 1241, Celestine IV was born Goffredo Castiglione in Milan and may have been a nephew of Urban III. Celestine is said to have been a Cistercian and was the first pope elected in conclave. Not known to have committed any official acts as pope, Celestine may have died before he was crowned.