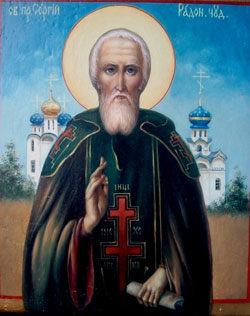 This legend has Sergius an officer in the Roman army and Bacchus, an officer under him, and both were friends of Emperor Maximian. When they did not enter a temple of Jupiter with the Emperor, he ordered them to do so. When they further refused his order that they sacrifice to pagan gods, they were humiliated by being led through the streets of Arabissus in women's garb and then sent to Rosafa, Mesopotamia, where they were scourged so terribly that Bacchus died of the scourging; Sergius was then tortured further and beheaded.Their feast day is October 7th.