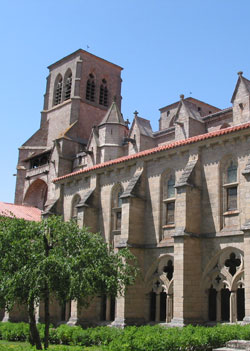 Benedictine abbot and founder. Born in Auvergne, France, he was originally known as Robert de Turlande. After becoming a priest and canon of St. Julian's in Brioude, he founded a hospice, earning distinction for his care of the poor. He then gave himself over to the spiritual direction of St. Odilo at Cluny, France. After making a pilgrimage to Rome, he was moved to give up his life at Cluny and to settle near Brioude, Auvergne, with a fellow hermit, a former knight named Stephen.. There he attracted followers and built the abbey of Casa Dei to house the burgeoning community of three hundred monks.