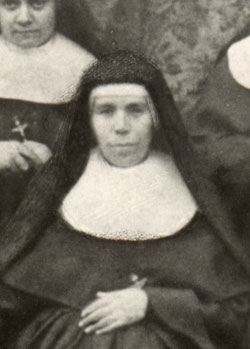 Co-foundress of the Daughters of Mary Auxiliatrix or Our Lady Help of Christians and a disciple of St. John Bosco. She was born near Genoa, Italy, and joined the Pious Union of Mary Immaculate while young. Her institute formed slowly, aided by St. John Bosco, despite her bout with typhoid. She was the first superior general in 1872 when St. John Bosco received approval from Pope Pius IX. The Salesian Sisters, as they are called, spread rapidly. By 1900, there were nearly eight hundred foundations. She died on April 27 at Nizza Monferrato and was canonized in 1951 by Pope Pius XII.