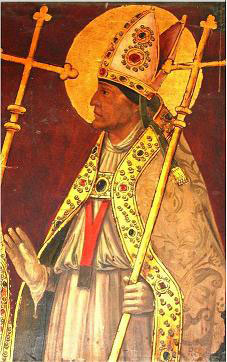 Archbishop of Toledo, the first to serve as primate over the entire Iberian peninsula. He was reportedly of Jewish descent but was raised a Christian and became a monk at Agali under St. Eugene. Julian eventually became abbot and then a bishop in 680. A powerful Church leader in his era, he convened synods, established Toledo as the primal see of Spain and Portugal, revised the Mozarabic liturgy, and wrote Prognostics, on death.