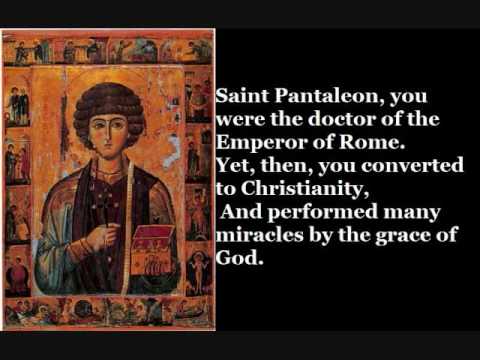 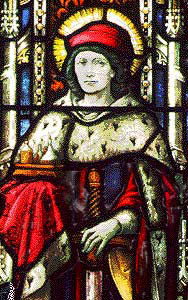 St Pantaleon came from Nicomedia, near the Black Sea, in Asia. He was such a famous doctor that the Emperor himself chose him for his own doctor. Pantaleon was a Christian, but the bad influence from the pagan court caused him to give up his Christian faith entirely.

A holy priest named Hermolaos made him realize what a sin he had committed. Pantaleon listened to him, detested his sin and joined the Church once more. To make up for what he had done, he greatly desired to suffer and die for Jesus. In the meantime, he imitated Our Lord's charity by taking care of poor sick people without any charge for his medical services.

When the Emperor Diocletian began his persecution, Pantaleon at once gave away everything he owned to the poor. Not long afterwards, he was accused of being a Christian. He was given the choice of denying his Faith or being put to death. No torture could force Pantaleon to deny his Faith.

There has been strong devotion in past ages to this Saint. In the East he is called the "Great Martyr and Wonder-worker." Saint Pantaleon's feast day is July 27th.