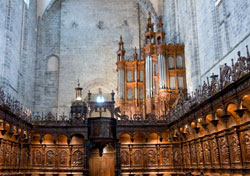 Bishop of Comminges, in the diocese of Toulouse, France. The son of a military officer, he became a canon in Toulouse. About 1075, he became bishop of Comminges, a role he would have for almost half a century. He managed the affairs of the faithful and was known for miracles. It is believed that he was canonized before 1309.