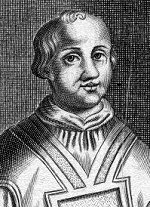 Leo was prime minister under John VIII and served as cardinal priest at Sta. Susanna before his election to the papacy in 928. Elected through the influence of Marozia, matron of the House of Theophylact, Leo displaced John X and ordered all Dalmatian bishops to obey the archbishop of Spoleto. Leo died six months after becoming pope and died before John X did.