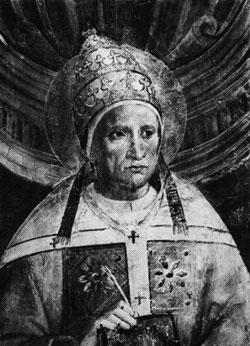 Anterus was Pope for several weeks from late 235 to early 236. St. Anterus was a Greek who hoped to collect the acts of the martyrs into a central source. He was himself a martyr and was the first pope to have been buried in the papal crypt in the cemetary of Callixtus.