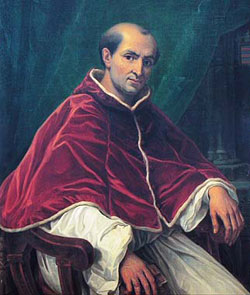 Clement V The first pope of the Babylonian captivity, as the papacy's sojourn at Avignon is often called, Clement V was born Bertrand de Got c. 1260 at Villandraut, Gironde, and was a student of canon law at Orléans and Bologna. Elected pope in 1305, he was crowned at Lyons and settled at Avignon four years after his election. He spent the intervening years wandering through France. In 1311, he convoked the Council of Vienne to investigate the Knights Templar, whom he condemned the following year. At the suggestion of his friend Ramon Llull, he established chairs of Oriental languages at various universities to educate missionaries and those who would preach to Jews and Muslims; Clement also founded universities at Orléans and at Perugia. In 1314, he issued a collection of decretals known as the Clementines. When he died that year, he was buried in a church which he had founded near his birthplace.