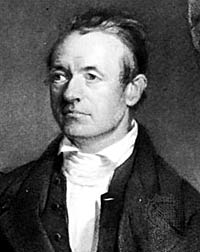 As a child, Angelo Carletti, of Chivasso, Italy, was discovered by his mother in the middle of the night kneeling before his crucifix, devoutly kissing it. Years later, working as a magistrate, Angelo remained faithful to a personal regimen of prayer and visits to the sick, sustained by devotion to the Passion of Christ and the Blessed Virgin Mary. Following his mother's death, Angelo became an Observant Franciscan priest. He preached across the countryside of Italy's Piedmont region, seeking out the most remote villages. In addition to serving as the Observant Franciscans' vicar general, Father Angelo authored a major work of moral theology, the Summa Angelica. At the age of eighty, he undertook the challenge of preaching to the Waldensians, a heretical sect that denied the pope's authority over the Church, as well as the doctrine of purgatory. His efforts won the conversions of many Waldensians and the return to the faith of numerous fallen-away Catholics. Having always befriended the poor, Father Angelo asked to spend the end of his life begging alms for the needy.
Continue reading about Bl. Angelo of Chivasso