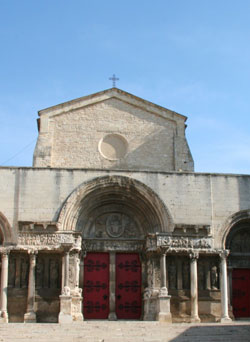 Martyred Cistercian papal legate and inquisitor. Peter was born near Montpellier and served as archdeacon of Maguelone before entering the Cistercians at Fontfroide, circa 1202. Known for his devout nature and his intelligence, in 1203he was appointed by Pope Innocent III to the post of papal legate and inquisitor with the task of returning the heretic Albigensians to the Church. Among those who took part in his campaign was St. Dominic. The Albigensians were ill disposed to heed his call, and a group of overzealous heretics murdered Peter near Saint Gilles Abbey, probably at the connivance of Raymond VI, count of Toulouse, who harbored political ambitions and hoped to manipulate the crisis of the Albigensians to advantage. According to tradition, Peter's dying words were: "May God forgive thee, brother, as I fully forgive thee." His murder was the spark that launched the Albigensian Crusade against the heretics in Southern France.