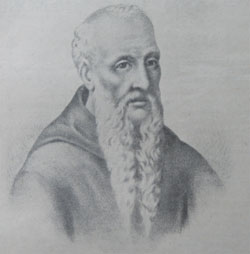 Franciscan missionary and traveler. Born Odoric Mattiussi at Villanova, near Pordenone, Italy, he entered the Franciscans in 1300 and became a hermit. After several years, he took to preaching in the region of Udine, northern Italy, attracting huge crowds through his eloquence. In 1316 he set out for the Far East, journeying through China and finally reaching the court of the Mongol Great Khan in Peking. From 1322 to 1328 he wandered throughout China and Tibet, finally returning to the West in 1330 where he made a report to the pope at Avignon and dictated an account of his travels. He died before he could find missionaries to return with him to the East. His cult was approved in 1755 owing to the reports of miracles he performed while preaching among the Chinese. 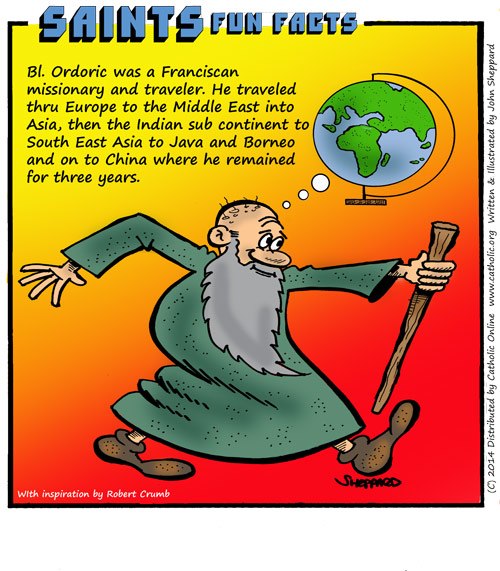