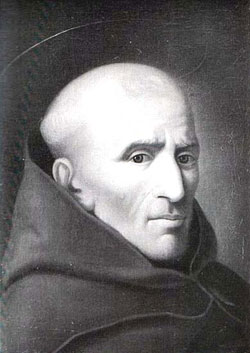 Franciscan proponent of the Blessed Sacrament, the devotion of the Sacred Heart, and the Stations of the Cross, as well as the Immaculate Conception. He was born Leonard Casanova in Port Maurice, Porto Maurizio, Italy, and joined the Franciscans of the Strict Observance in 1697. Ordained in 1703, he began preaching all over the Tuscany region of Italy. By 1736 he was attracting huge crowds in Rome and elsewhere, and he erected almost six hundred Stations of the Cross throughout the lands. In 1744, Leonard was sent by Pope Benedict XIV to preach on Corsica, returning to Rome in 1751 after receiving a summons from the pope. Leonard died at his friary, St. Bonaventure, on November 26. He was canonized in 1867 and named patron of parish missions.