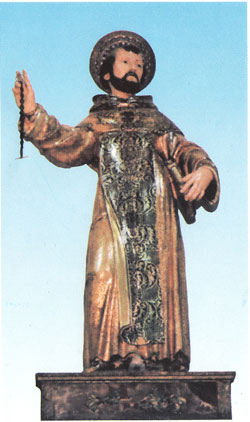 Hermit-abbot, a convert of St. Remigius. He was a French courtier offered a bishopric, but became a recluse at Micy, France. He then lived at Limoges, France, and he was given land by the royal court on which he founded Noblac Abbey, later called Saint-Leonard. He is a patron of Women in labor and prisoners of war.

Prayer To St. Anne And Joaquin