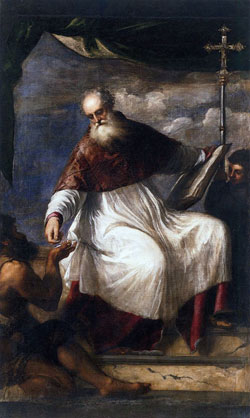 Patriarch of Alexandria, Egypt, called "the Almoner" because of his generosity to the poor. He was born into a noble family of Cyprus and was briefly married. When his wife and child died, he entered the religious life, and in 608 was named patriarch of Alexandria. He aided refugees from the Persian assaults on the Holy Land and built charitable institutions. John predicted his own death. He had to leave Alexandria when a Persian invasion troubled the region and had a vision of his demise. John went to Amathus, on Cyprus, where he died on November 11.