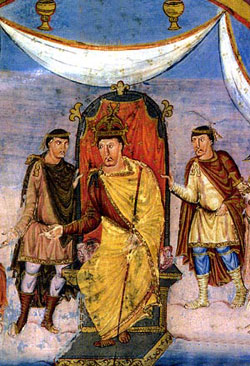 Bishop of Meaux France, andbrother of Sts. Chainoaldus and Burgundofara. also called Pharo. He was raised in the court of King Thibert of Austrasia and married Blidechild. He also served King Clotaire II but then became a monk when Bhidechild entered a nunnery. In 628, he was named a bishop, then became chancellor to King Dagobert I of the Franks.