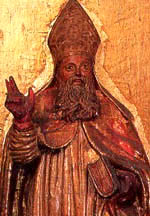 Bishop of Ruspe, Tunisia, and a friend of St. Augustine. Born Fabius Claudius Gordianus Fulgentius of Carthage, he was a Roman of senatorial rank. His mother, widowed, opposed Fulgentius' religious career, but he became a monk. He became abbot with Felix but had to flee the monastery in 499 when Vandals or Numidians invaded, going to Sicca Veneria. Retuming to the area, Fulgentius was named bishop of Ruspe, circa 508. King Thrasamund , an Arian, banished Fulgentius to Sardinia, Italy where he and other bishops were aided by Pope St. Symmachus . Fulgentius founded a monastery and wrote such eloquent defenses of orthodox Catholic doctrines that King Thrasamund returned him to his see, only to banish him again. In 523, Fulgentius returned to his see, where he set about rebuilding the faith. 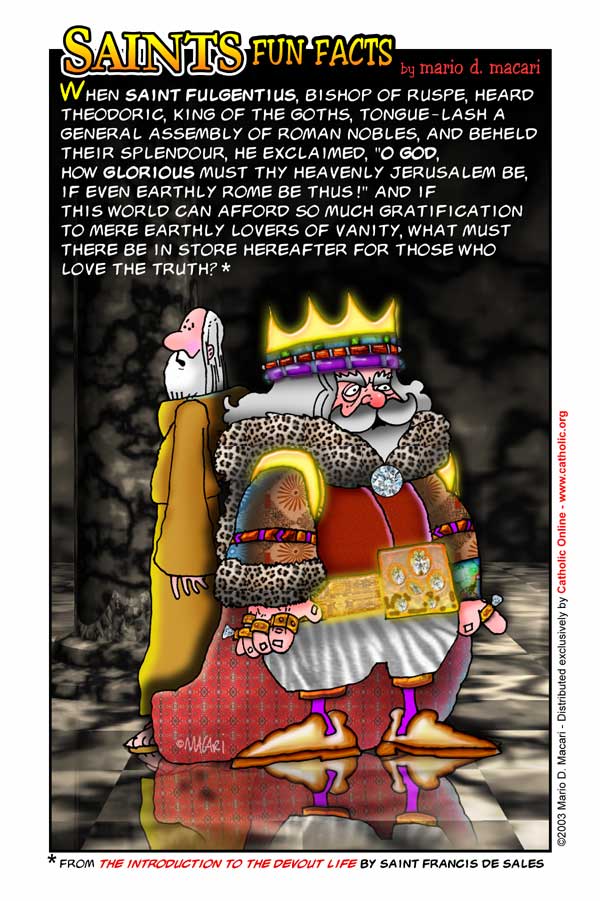