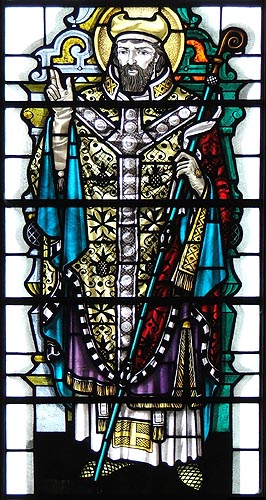 Bishop of Winchester, England, called "the Father of Monks." Born in that city, he was ordained by St. Alphege the Bald. In 943, he joined the Benedictines at Glastonbury under St. Dunstan. He became the abbot of Abingdon in 955 and bishop in 963. Ethelwold worked with Sts. Dunstan and Oswald of York in bringing about a monastic revival after the Danish invasions. He also expelled the canons of Winchester, replacing them with monks. Ethelwold founded or restored the abbeys of Ely, Chertsey, Milton Abbas, Newminster, Peterborough, and Thorney. He authored Regularis Concordia, a monastic decree based on the Benedictine Rule, and his school of illumination at Winchester was famed.