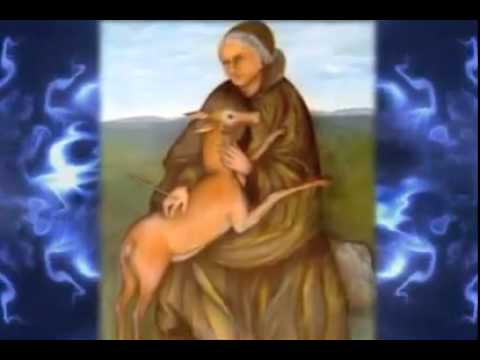 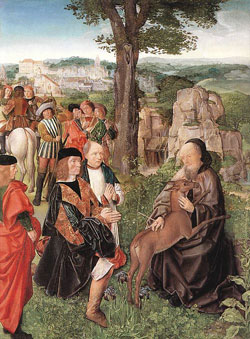 St. Giles is said to have been a seventh century Athenian of noble birth. His piety and learning made him so conspicuous and an object of such admiration in his own country that, dreading praise and longing for a hidden life, he left his home and sailed for France. At first he took up his abode in a wilderness near the mouth of the Rhone river, afterward near the river Gard, and, finally, in the diocese of Nimes.

He spend many years in solitude conversing only with God. The fame of his miracles became so great that his reputation spread throughout France. He was highly esteemed by the French king, but he could not be prevailed upon to forsake his solitude. He admitted several disciples, however, to share it with him. He founded a monastery, and established an excellent discipline therein. In succeeding ages it embraced the rule of St. Benedict. St. Giles died probably in the beginning of the eighth century, about the year 724.