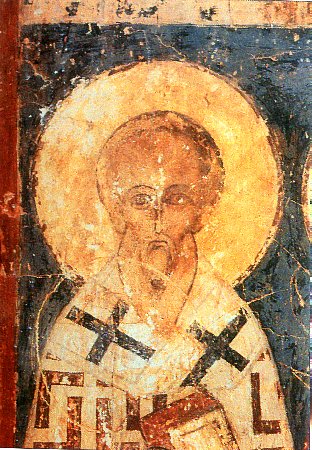 St. Alexander, Bishop and Martyr. Alexander was a student with Origen at the famous Christian school of Alexandria in the late second century. He became bishop of Cappadocia and during the persecution of Severus was imprisoned for several years (204-211). Following his release from prison, he made a pilgrimage to Jerusalem and was proclaimed coadjutor bishop there in the year 212. Demetrius, the bishop of Alexandria, censured Alexander for participating in the ordination of Origen and for encouraging Origen to teach in churches while still a layman. Despite this, Alexander received Origen in exile. Meanwhile, in Jerusalem, Alexander developed a great theological library. During the persecution of Decius, he was seized and again imprisoned. After making a public confession of faith, he was condemned and thrown to the wild beasts, but they refused to attack him. Alexander was then taken to Caesarea where he died in chains in the year 251. The Church recognizes him as a martyr. St. Alexander, despite his great learning and important ecclesiastical positions, was known as an individual of great mildness, especially in his sermons. When put to the test during two persecutions, he remained steadfast in faith and was willing to suffer death for the Faith.

Today when we are criticized by friends and society for the moral tenets of our Faith, St. Alexander is a prime example of how we should stand fast in the face of ridicule and ostracism.